The building was born from the concepts of privacy and intimacy inherents in the function of a changing room. Outside it shows solid and introverted; inside, however, expect a surprise. Facade openings, mainly to ventilate, hide behind a perforated sheet and displayed on the outside as a vertical cuts from top to bottom. Facing the whole recalls the perception of place that makes the stroller through the crowd of trees that populate the Dehesa, forest of logs and particular code tied to dissimilar distances and routes. Also seeks that the solid parts of the façade emulate subtly the landscape colors which hosts the building. We go into this volume through a single glazed opening, funnel-shaped. In the lobby, eyes focused forward. Through the windows appear as fogged the field of sports area and also penetrate a dim light that anticipates the following contrast. The side walls do not reach the ceiling, and through both sides enter the bait that leads. Inside, the privacy, the light. A skylight over the area of banks and lockers and other on the showers and toilets field fills the space with light, the white cone handles to bounce and spread light. There are, then, a total of 8 skylights for the four changing rooms of the building, two per side and two per sex. In summer, the intention is to have, on each side, a changing room for individual users and another for those who come in groups. In winter, since there are only individual users, is proposed to close one side (2 changing rooms) in order to optimize energy consumption and heating only the area opened to the public. The program is completed in one end with a nursing room, a machines room and a warehouse. 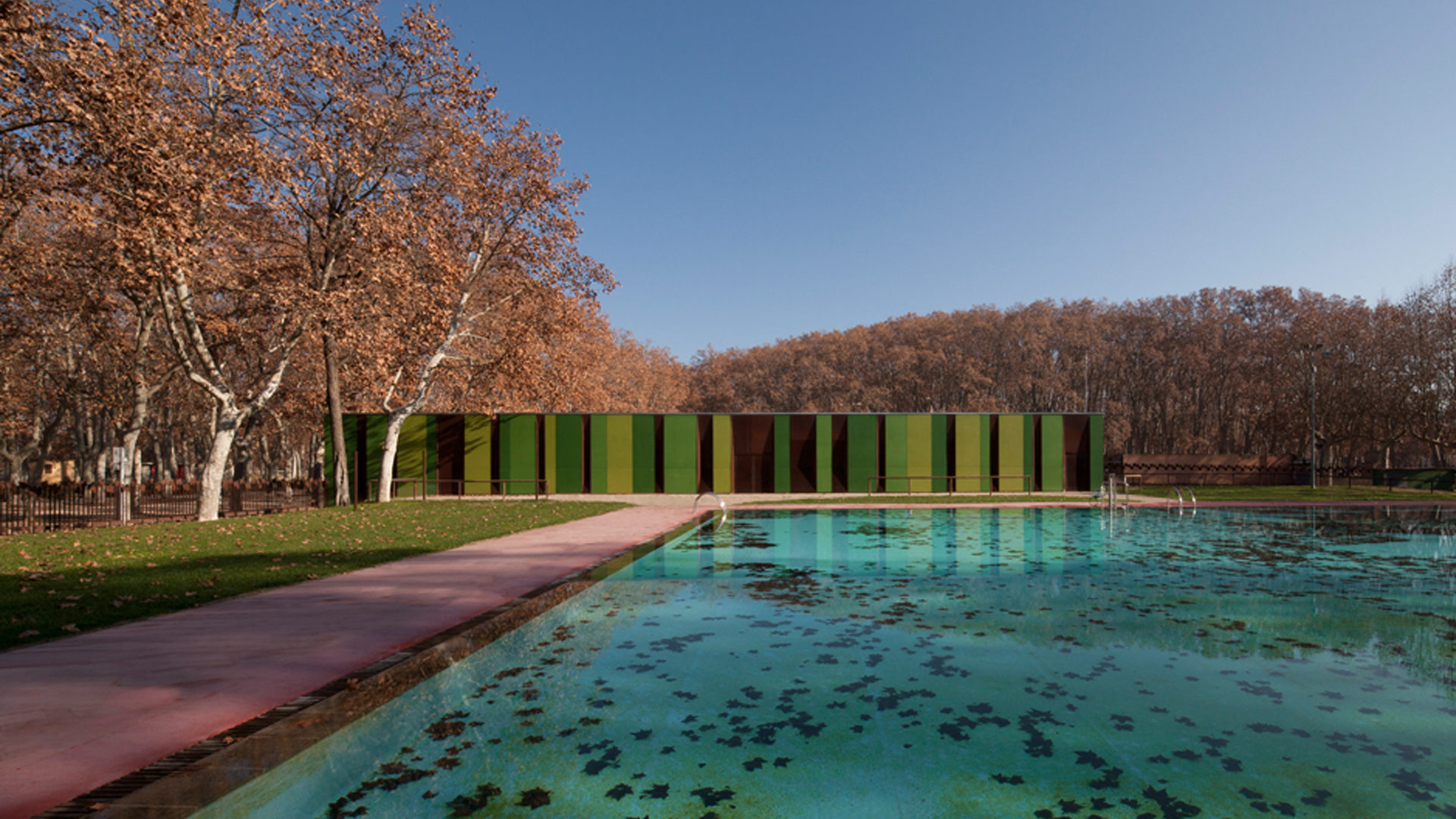 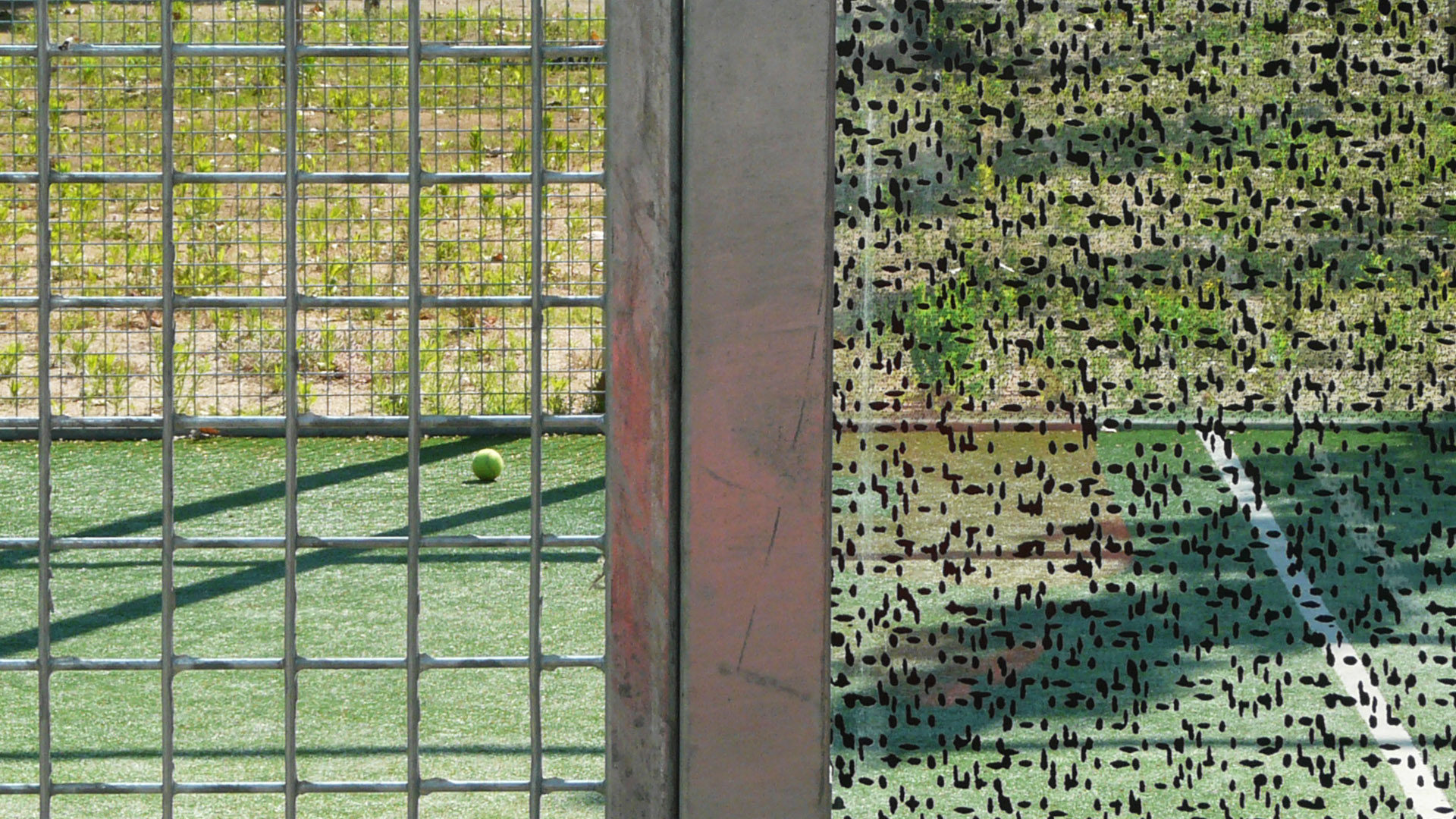 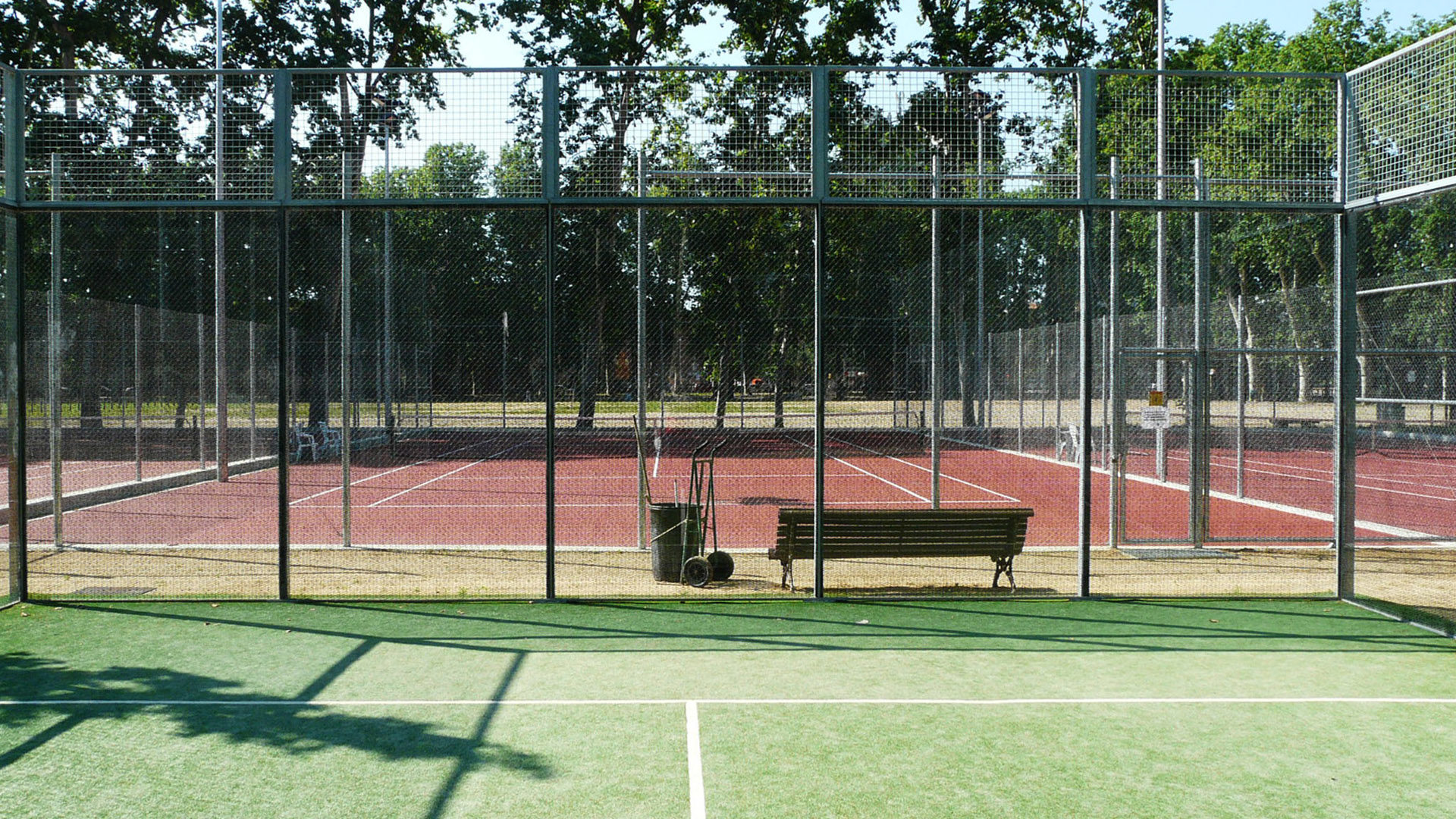