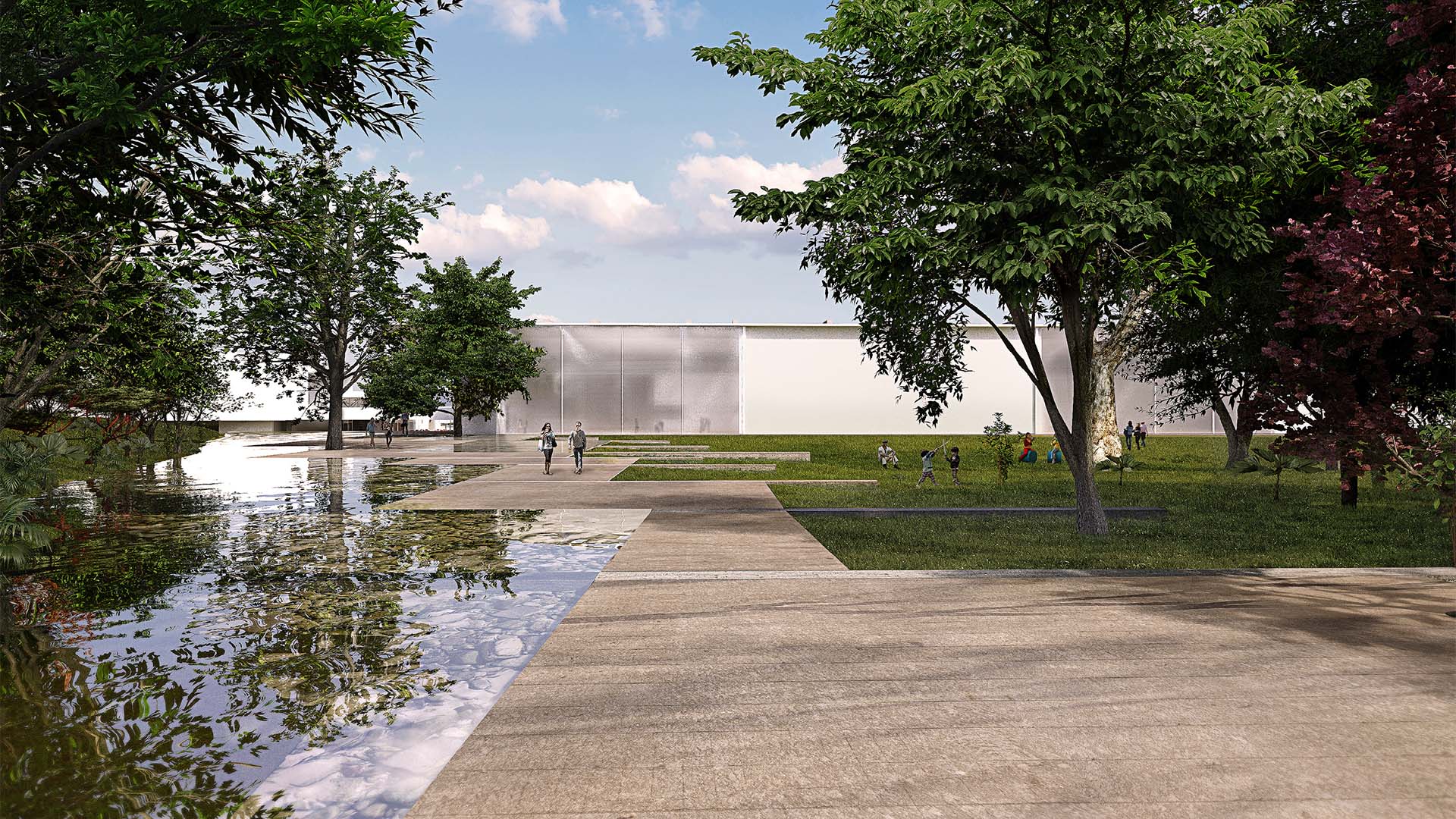 The proposal of the new south garden begins reflecting on the existing garden, and the three relevant proposals that the landscape architect Ribeiro Telles materializes in his project: the path of light and shadow, the path of the lake and the path of the waterfront. In order to reinterpret these premises, from a contemporary perspective, it was proposed to make an inversion in the hierarchy of the elements: in the existing garden the centrality is the water, contained at its edges by a curtain of vegetation; in the new south garden, the element that organizes the complex, located in the center, will be a vegetated clearing, a large lawn that forms an ‘island’ with waterways and concrete paths around it.
The applicability of the initial concept led to the search for formal and geometric resources that could create a language that organized the present elements. In this sense, we have modeled the pavements and new constructions in order to preserve as much large vegetation as possible. The parallel lines of the building represented in the pavement, were implanted from a base module that adapts itself to the tree trunk encounters in the longitudinal direction of the proposal, and in the transverse direction, subtly introducing itself in the low vegetation at the edges.
The grassland “island” proposal also had the objective to create a counterpoint to the surrounding woods, and to open the garden to the museum building and its new intervention. This new centrality of the set will attract children to play, elderly people to talk to, young people to study … and will get the attention of all passers-by who will have a magnificent view of the new face of the museum. In order to achieve this central void, it was necessary to remove several species, where, as an initial criterion for their removal, was decided to remove the shrub first, because of their longevity and woody appearance. Even so, other species have been proposed in other areas as a complement the landscape intentions
The visitor can choose between two paths around this clearing to reach the building, both accompanied by watercourses designed to create different experiences: in one of the paths, water was considered an architectural, static and reflective element; on the other, a dynamic element that creates sounds, movements and is integrated into the garden. These paths also relate to garden uses.
The west path leads directly to the museum entrance and the east path invites exploring and staying, creating new experiences; as the nursery space. From this side, the sequence of shrubs helps to create the notion of differentiated space enclosures.
The location of the nurseries has been adjusted with respect to the existing wall, leaving a green breather between the old and the new construction, taking advantage of the presence of a tree mass in the area. The volume of the nurseries comprises a structure that relates to the outside and the inside in a fluid way: there won’t be physical boundary between the spaces, and will be closed and open areas beneath a magnificent pergola that allows the view of the existing green to enter the building. 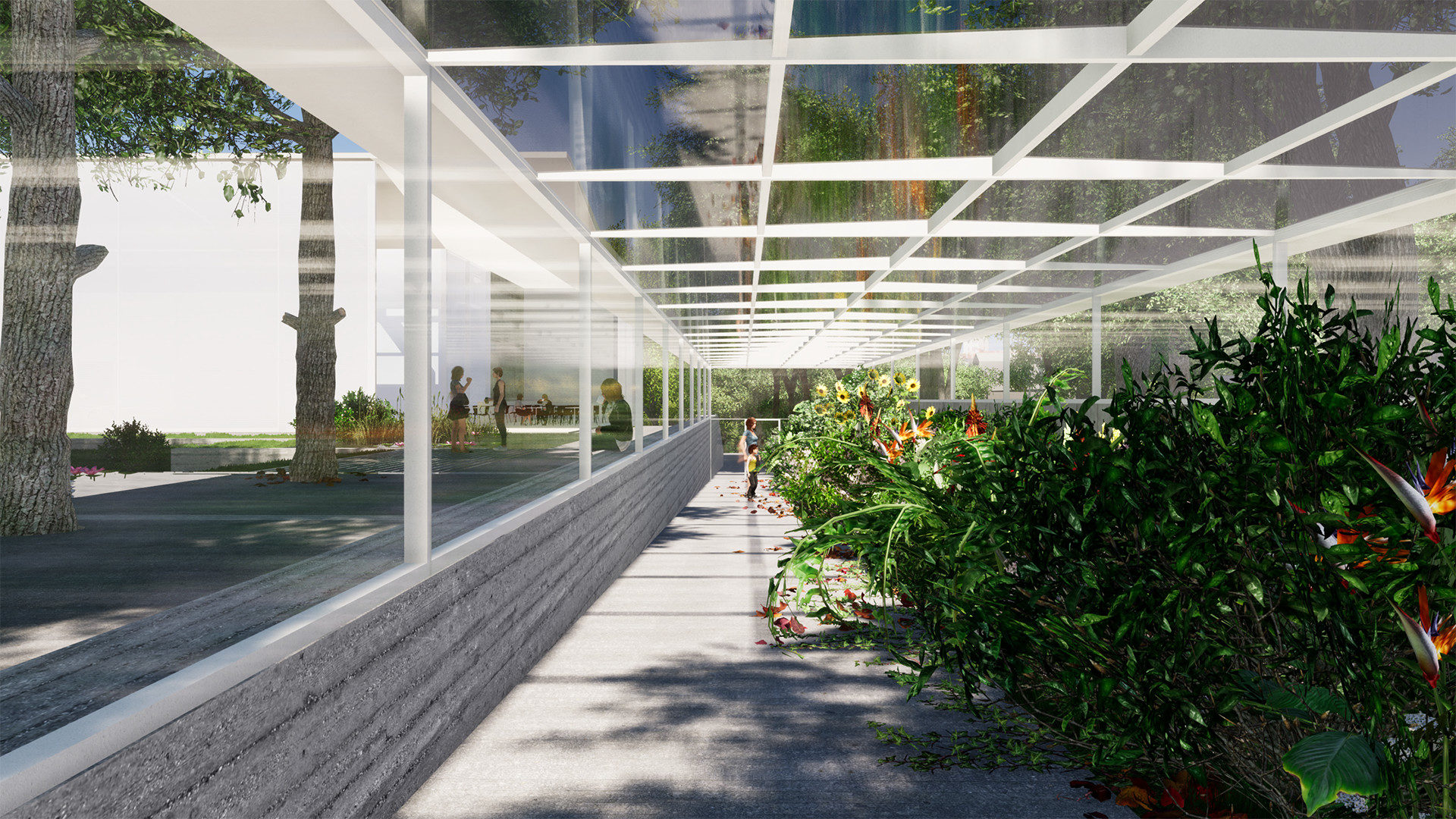 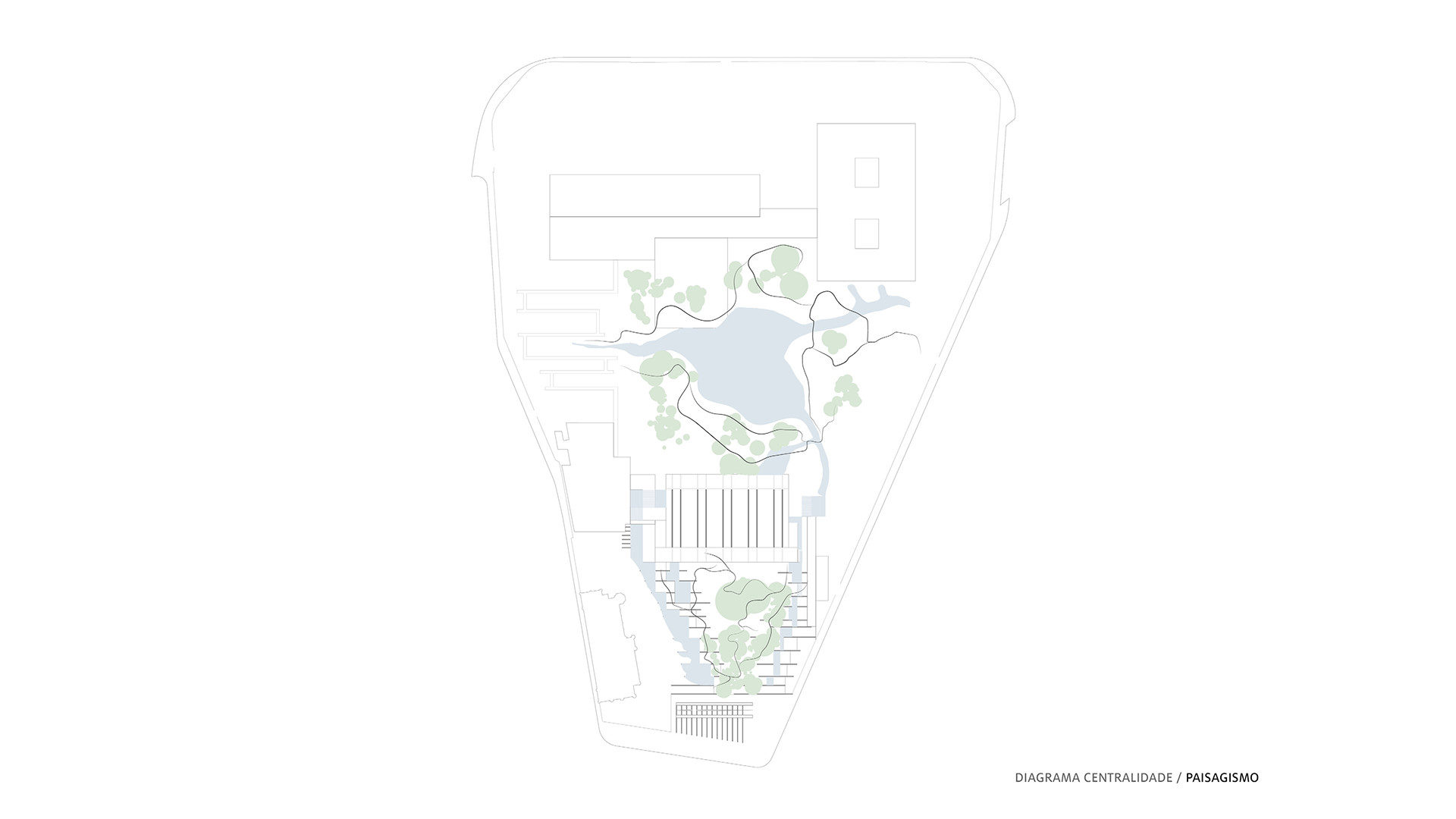 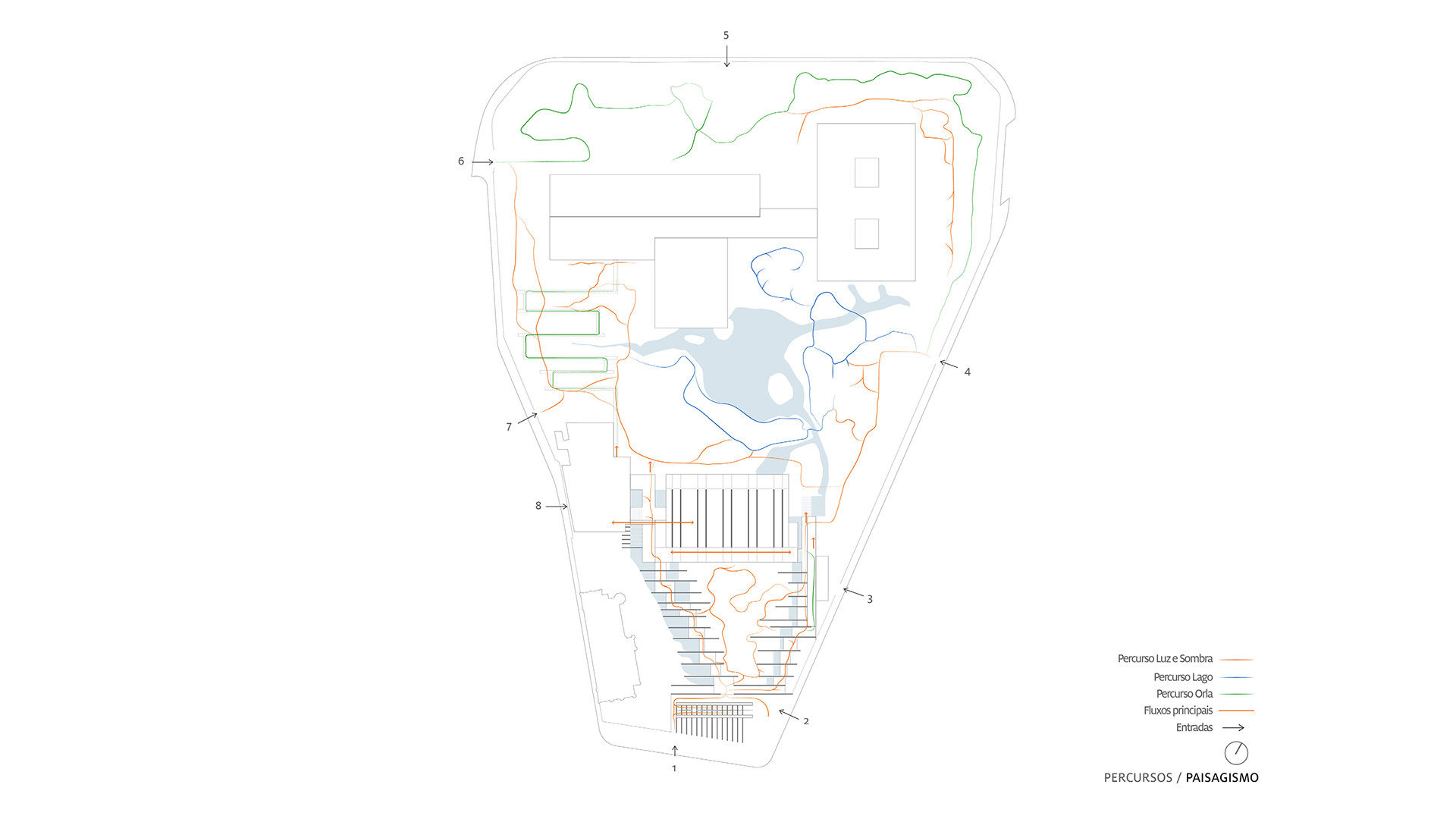 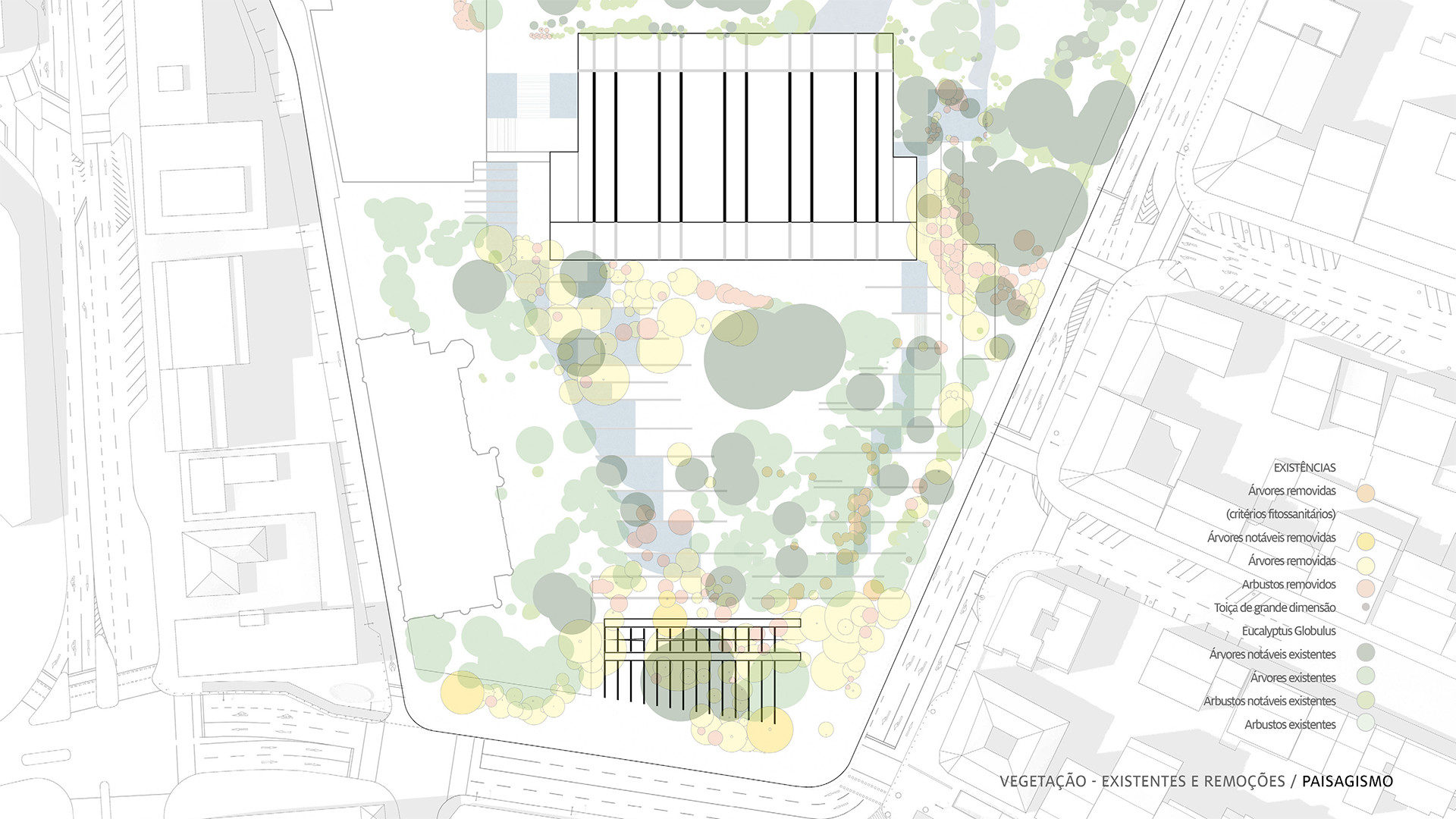 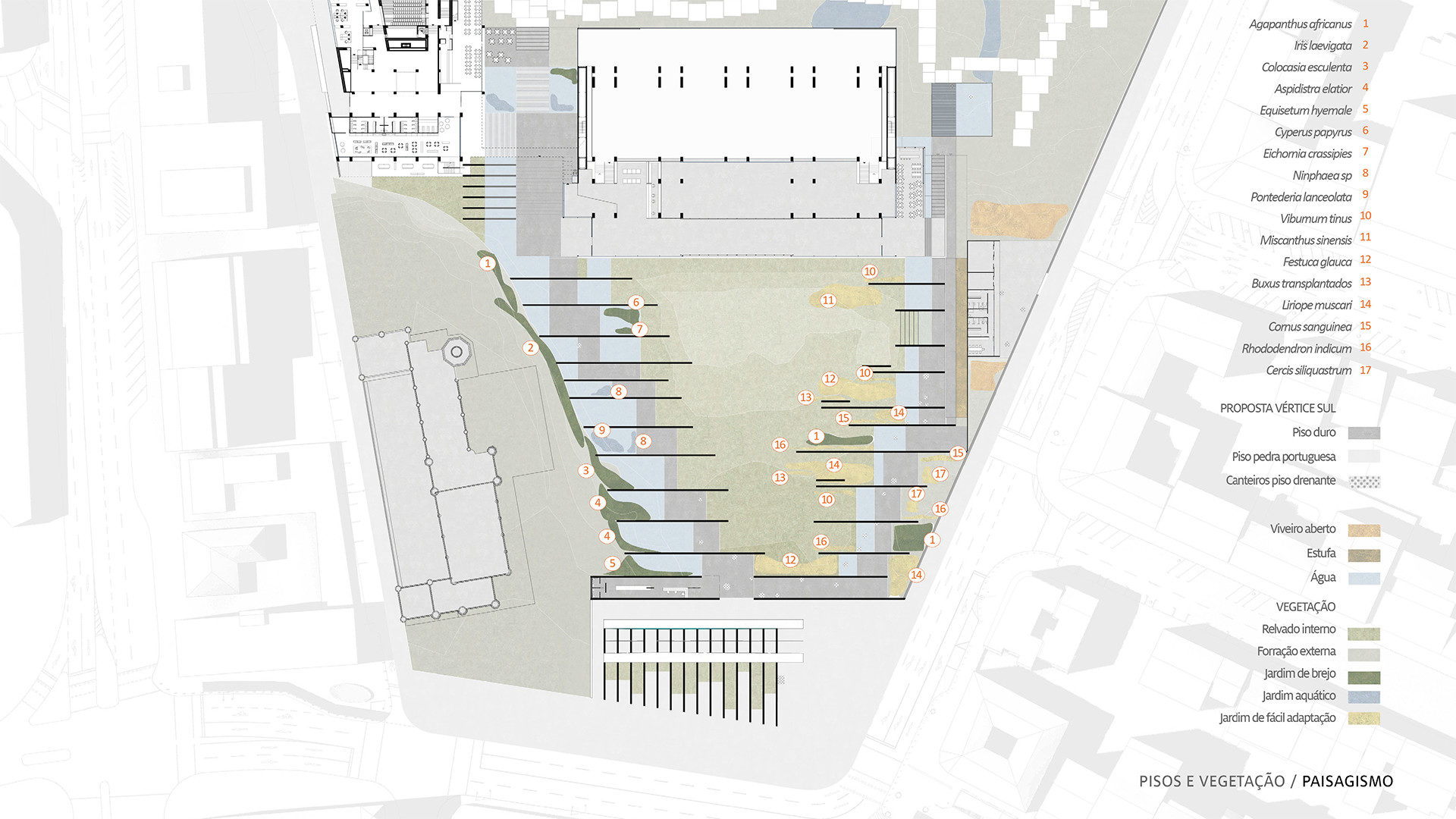 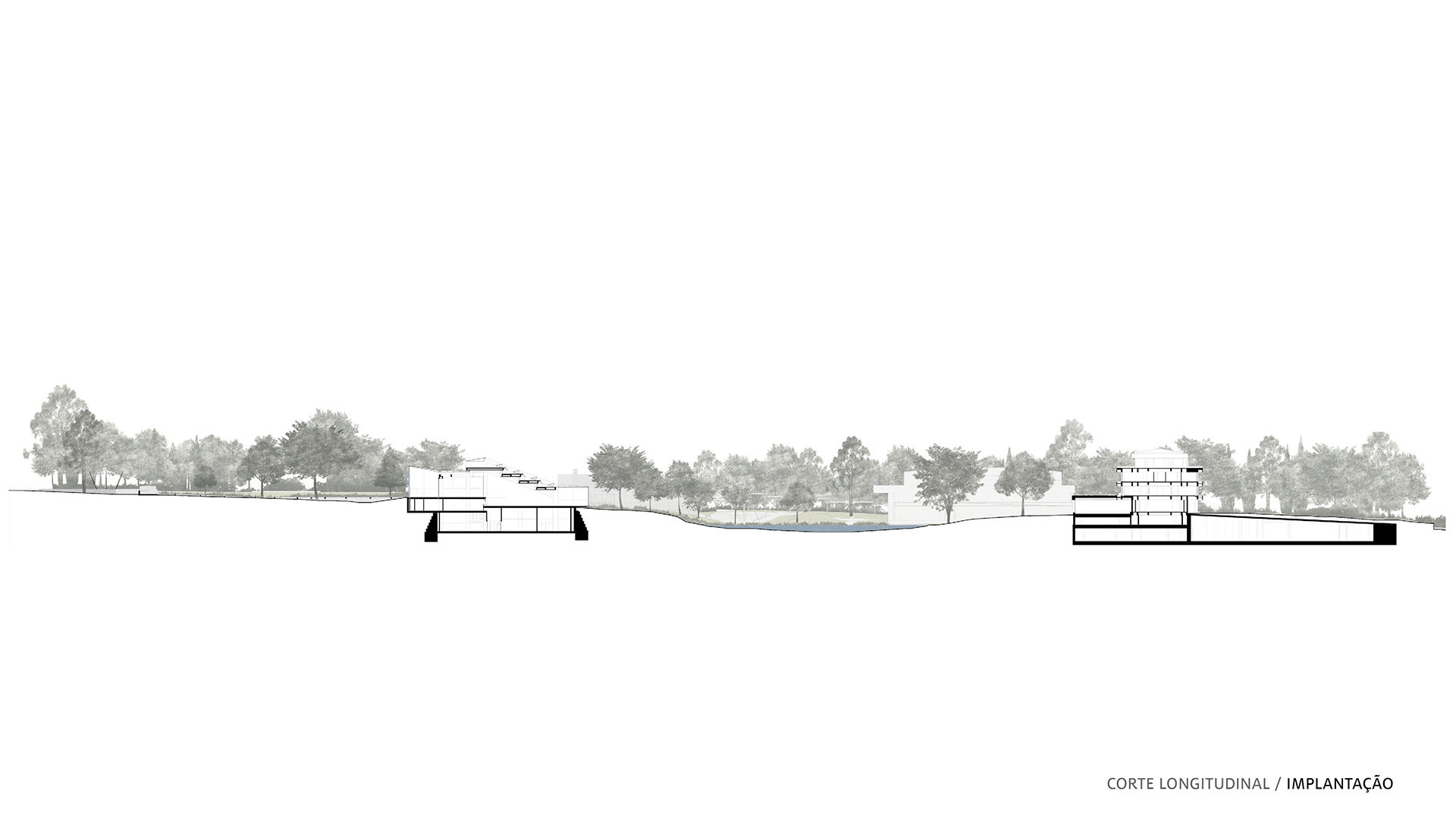