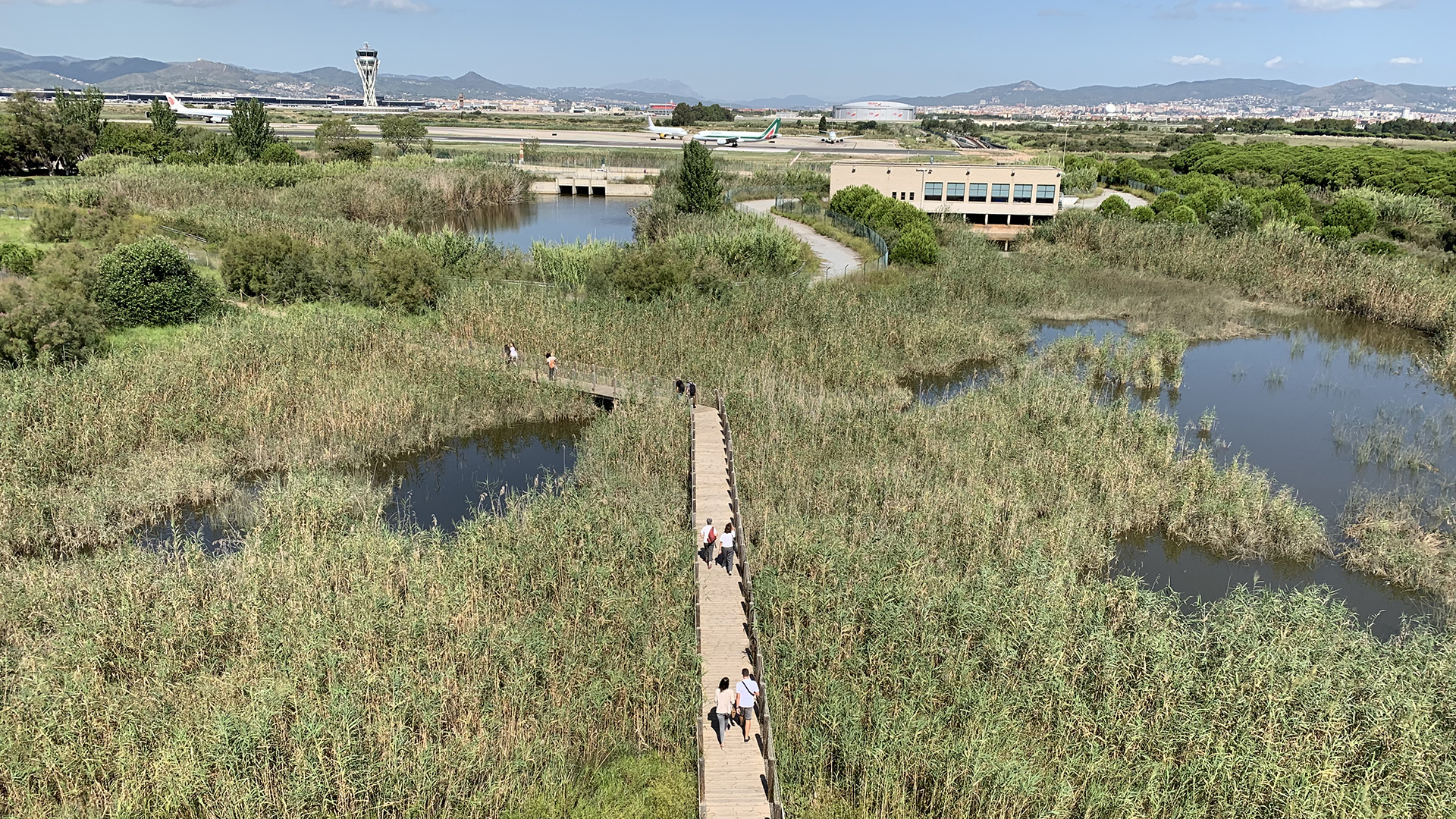 The compatibility between the fundamental objective of preserving the natural values of the green corridor and complement it with the enjoyment in recreational and educational aspects by the population, is reflected in a pattern of accessibility and levels of attendance of the various areas. The proposed landscape adjustment must be an effort to prevent degradation processes and human impact from which this territory has been subjected. This way, ensuring the survival of the ecosystems that form and strengthen those that would correspond, by their geographical location and for belonging to the coastal environment. Coming from the new access road to the beach of El Prat, which borders the airport, once passed the tunnel under the third airstrip, go right into the colony of aviation. Following the road left at the roundabout, and then in a perpendicular direction to the sea, a sequence of pavements like carpets that define different uses such as pedestrian ways, bicycle lanes and car roads, lead us to the beach. We soon find the building from the Information Center, which is opposite of the main entrance to the pine forest reserve of Can Camins, and behind the new lake of Illa. Furthermore there is a large parking area that provides service to the area of restoration and recreational facilities located on the beachfront. Front line catering equipment is provided as well as a beach promenade for pedestrian use only defines the most intensive space in terms of use. The promenade consists of two routes, one between a hard pavement dune system and another one located just above the protective breakwater of the beach made of wood. From this point on, the newly urbanized waterfront promenade is located in the public domain, because the natural area of the pine forest of Can Camins occupies the entire width of the coastal corridor. Once past the space occupied by the pine forest reserve of Can Camins, we are in the ancient Golf del Prat facilities. Here the enclosure of the ancient pool is intended for new installations such as Centre for Marine Animals Care (CRAM), the Club House building will become a convention center, restaurant and reception for a future Pitch and Putt golf as well as the parking space that remains as it was. In the place that occupied the golf court, a Pitch and Putt is organized located on the north face, the area closer to the sea is transformed into a public park. 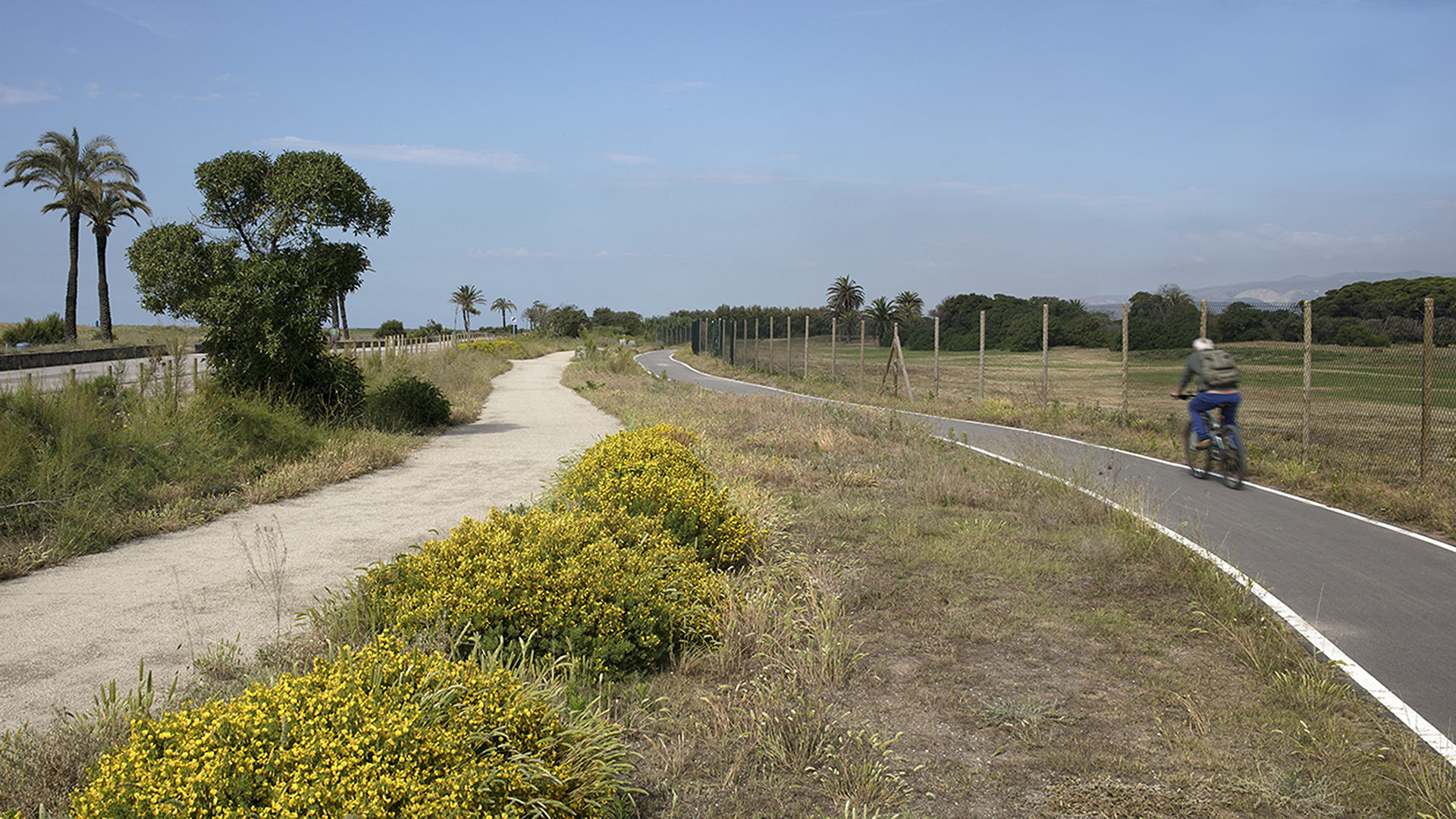 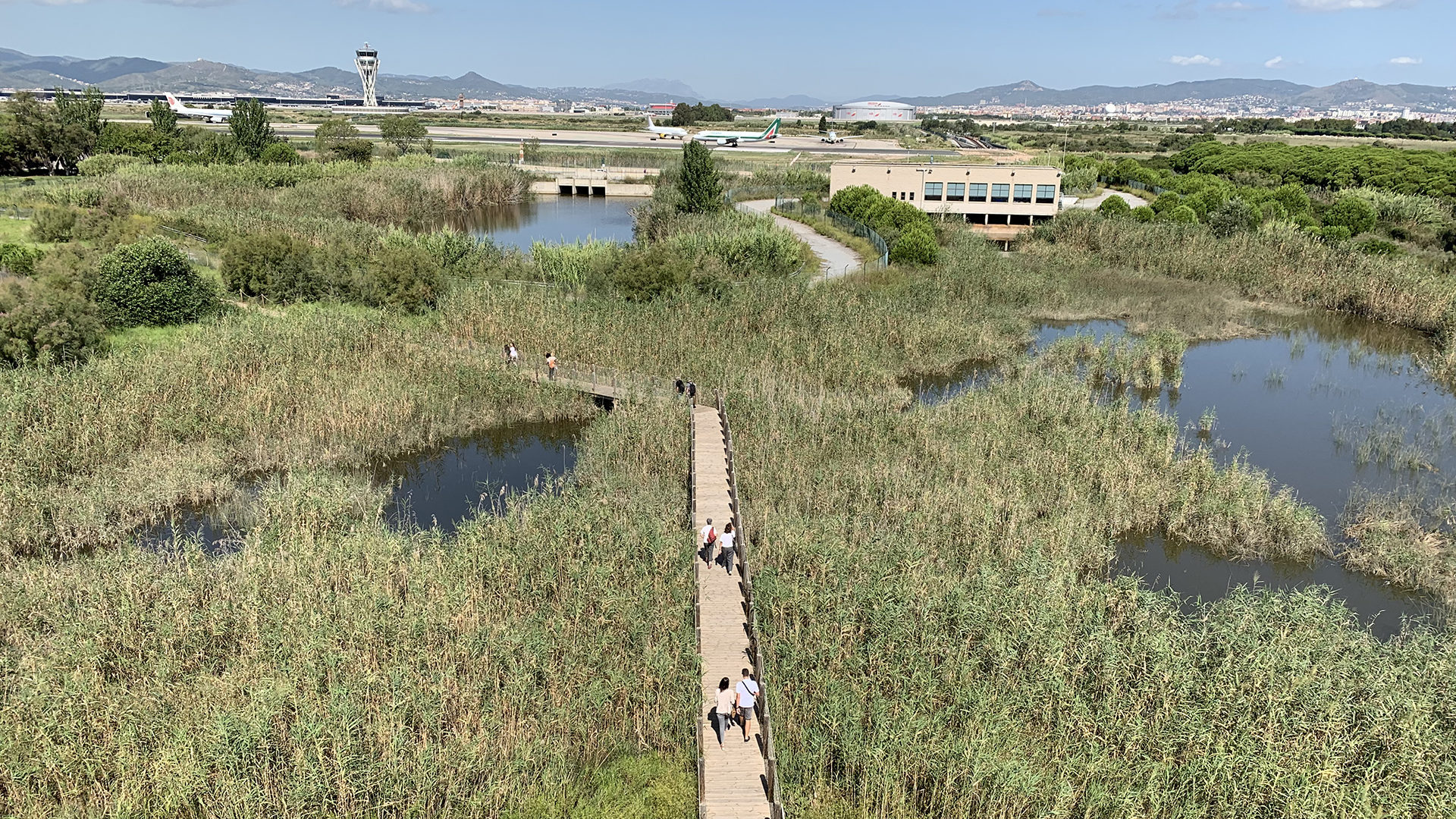 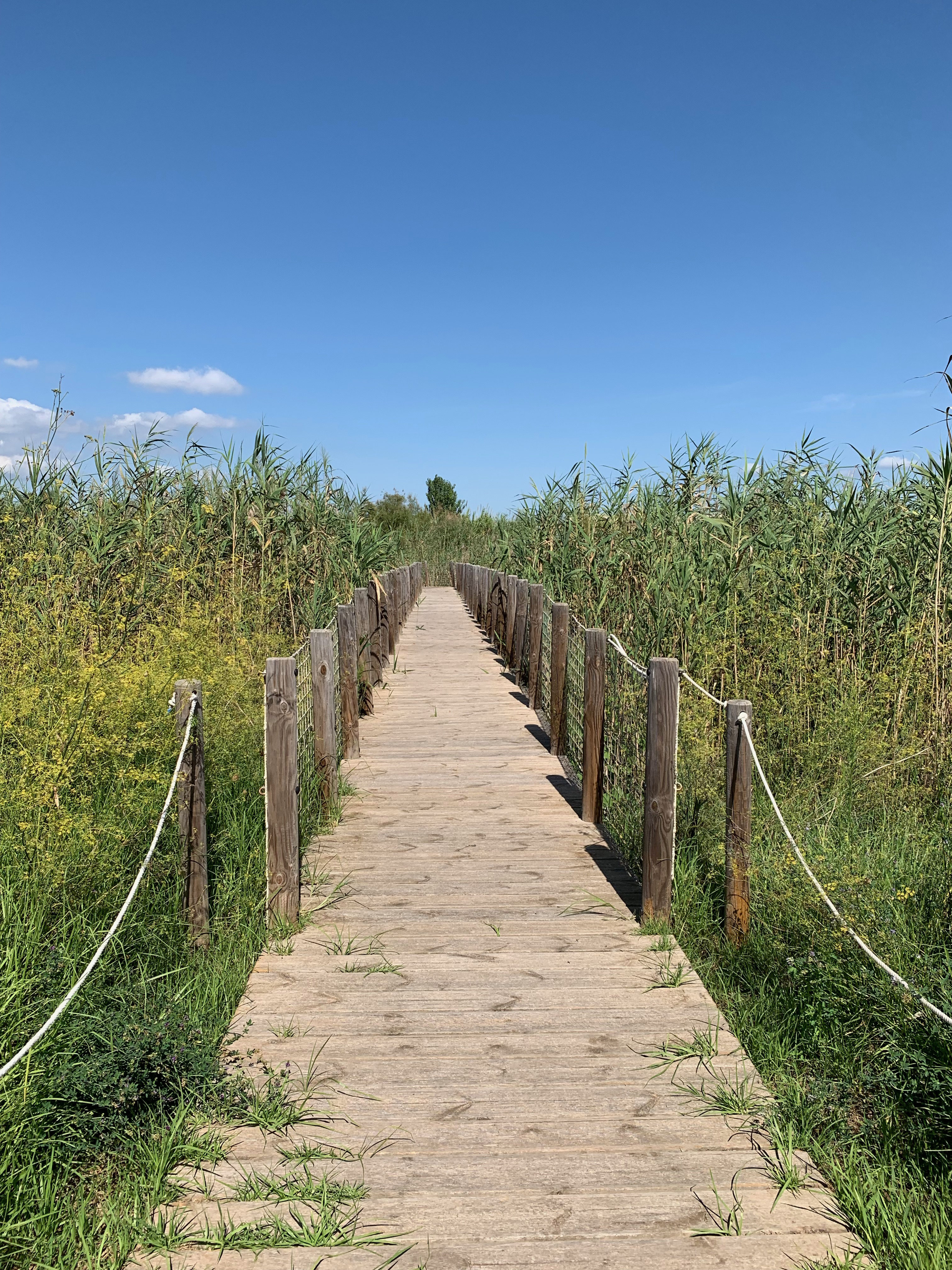 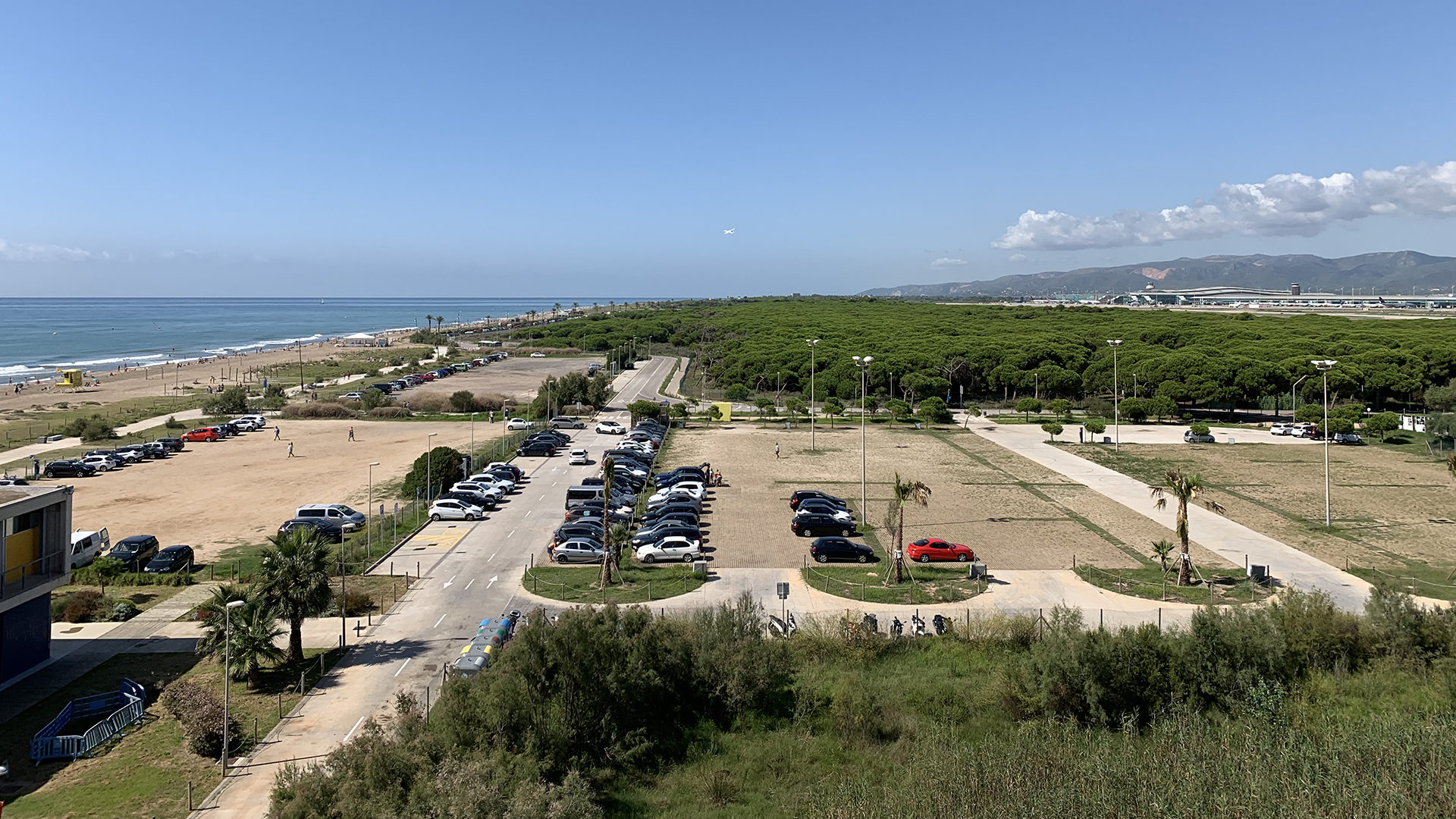 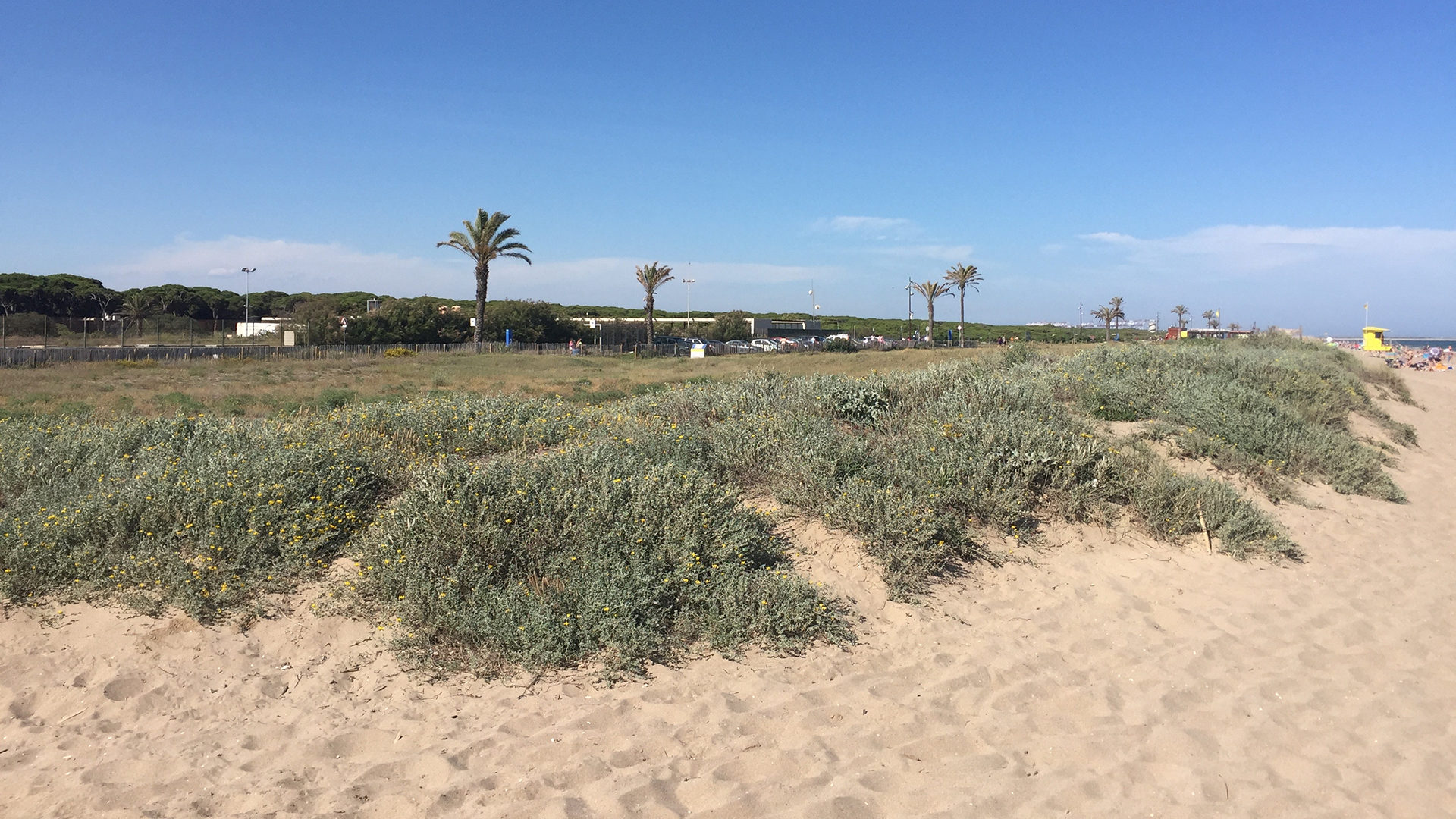 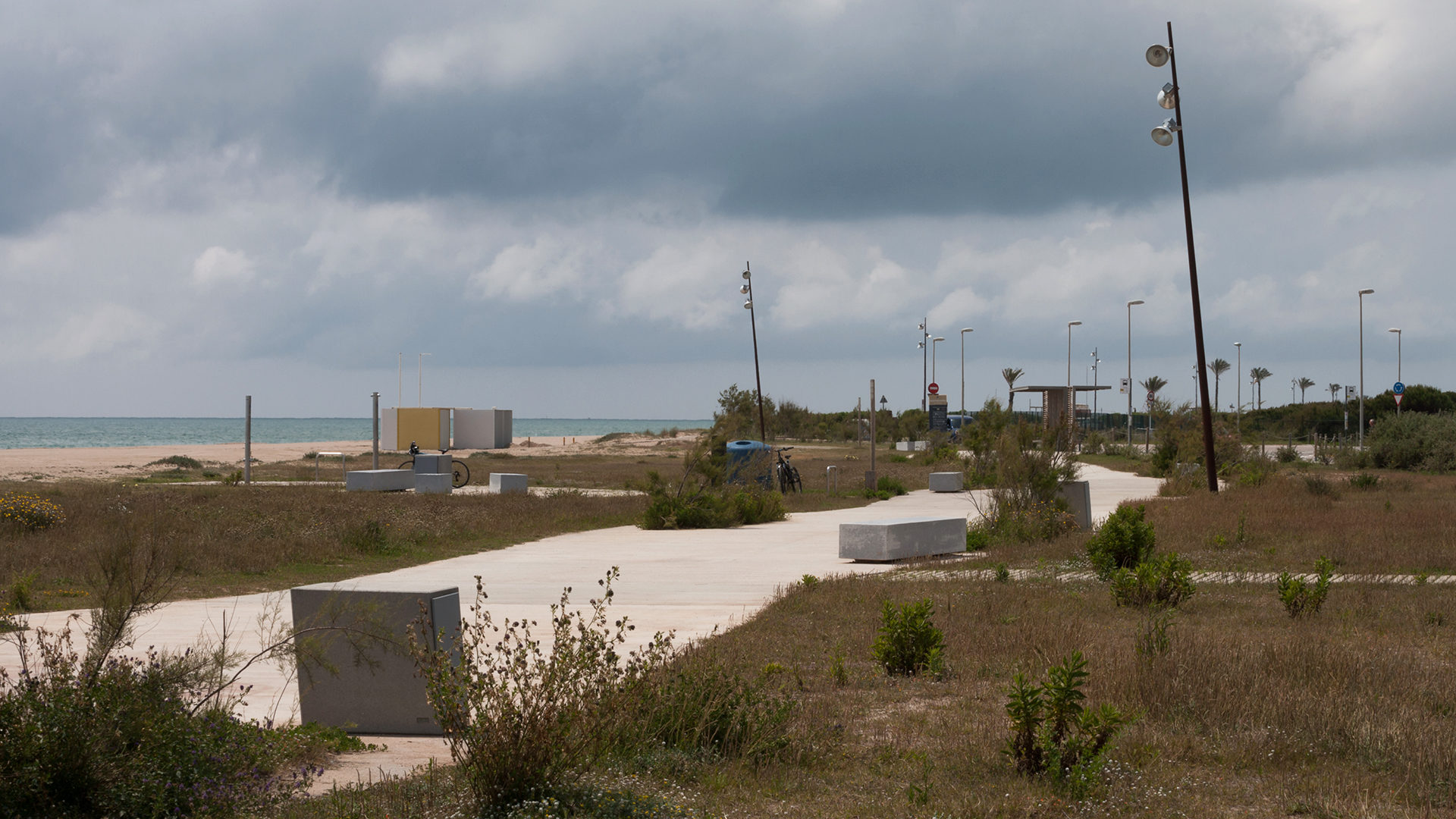 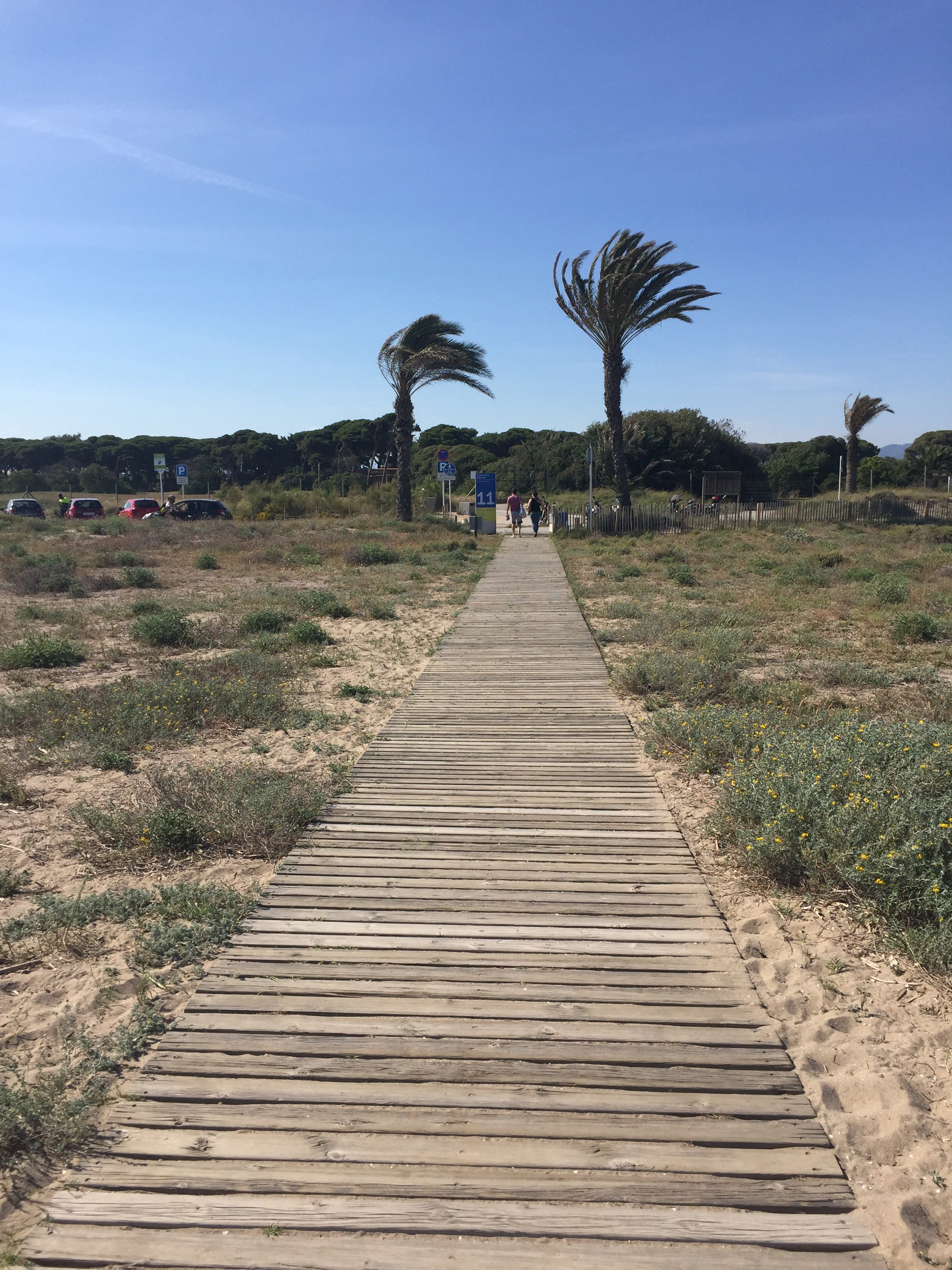 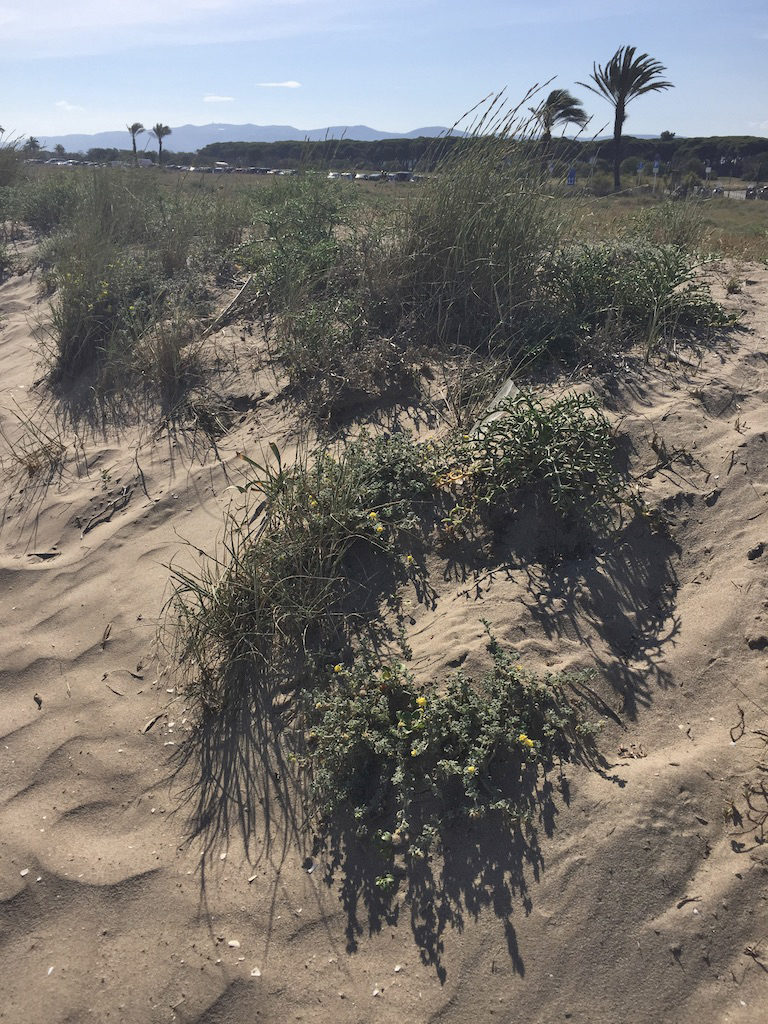