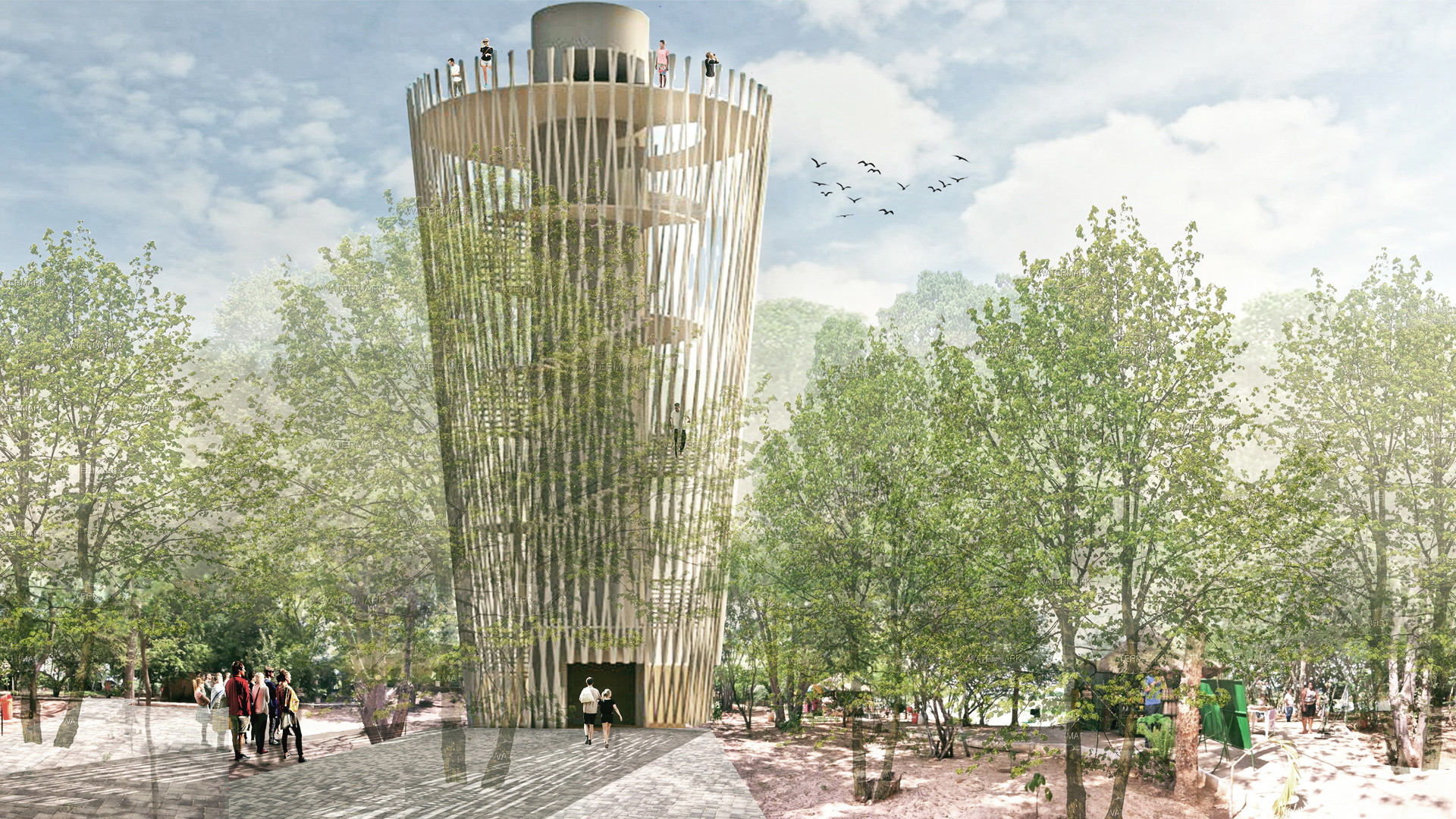 The need of an Observation Tower to complement the leisure activities of the Park begins with the idea of providing the visitors a contemplation of the whole surrounding from a higher point of view (20 meters-high) and a singular location at the urban intervention.
The area of influence of the 360° degrees offered by the equipment embrace a significant part of the urban requalification done at the lagoons’ borders including the Cultural Center up to the climax point: the natural spectacle of the Parnaiba and Poti rivers’ encounter.
The circular-shaped plan offers a perimeter circulation around a concrete central structure, which gives, in addition to the supporting of the architecture elements, an internal division with the elevator to the visitors and water tank.
The idea is to organize a “promenade” along the circular way up through a light/shade effect that is a result of the natural light filtered by the cover of the architecture element, and at the same time, projects shadow for the visitor.
By getting to the top of the building, there’s a cover that aims to protect the sunlight and collect rainwater redirecting it to a point of internal vertical descent. It also has an outside “skin” that makes reference to the twisted natural stripes used to make regional domestic utensils and handcrafts, such as baskets and bags. 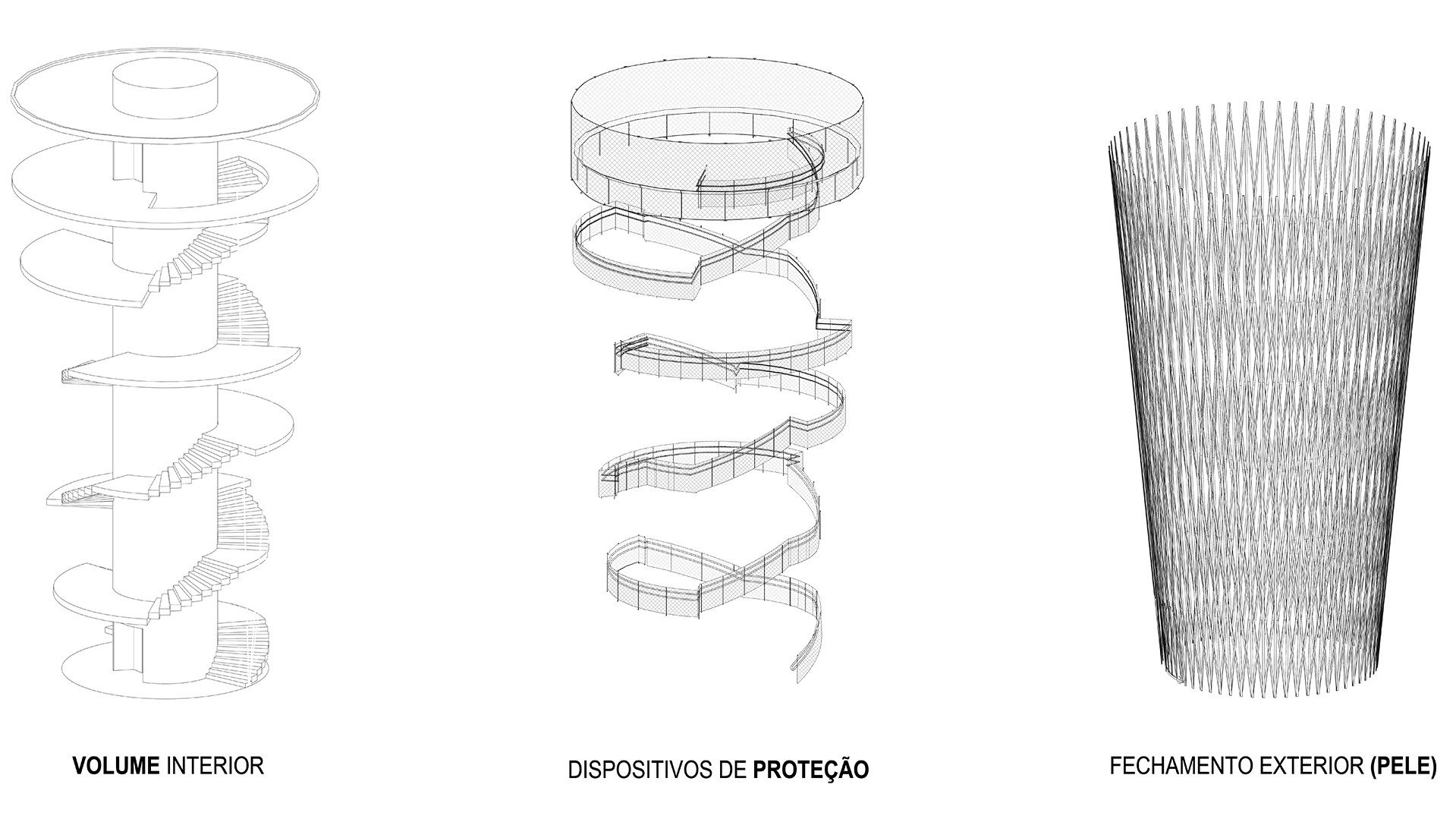 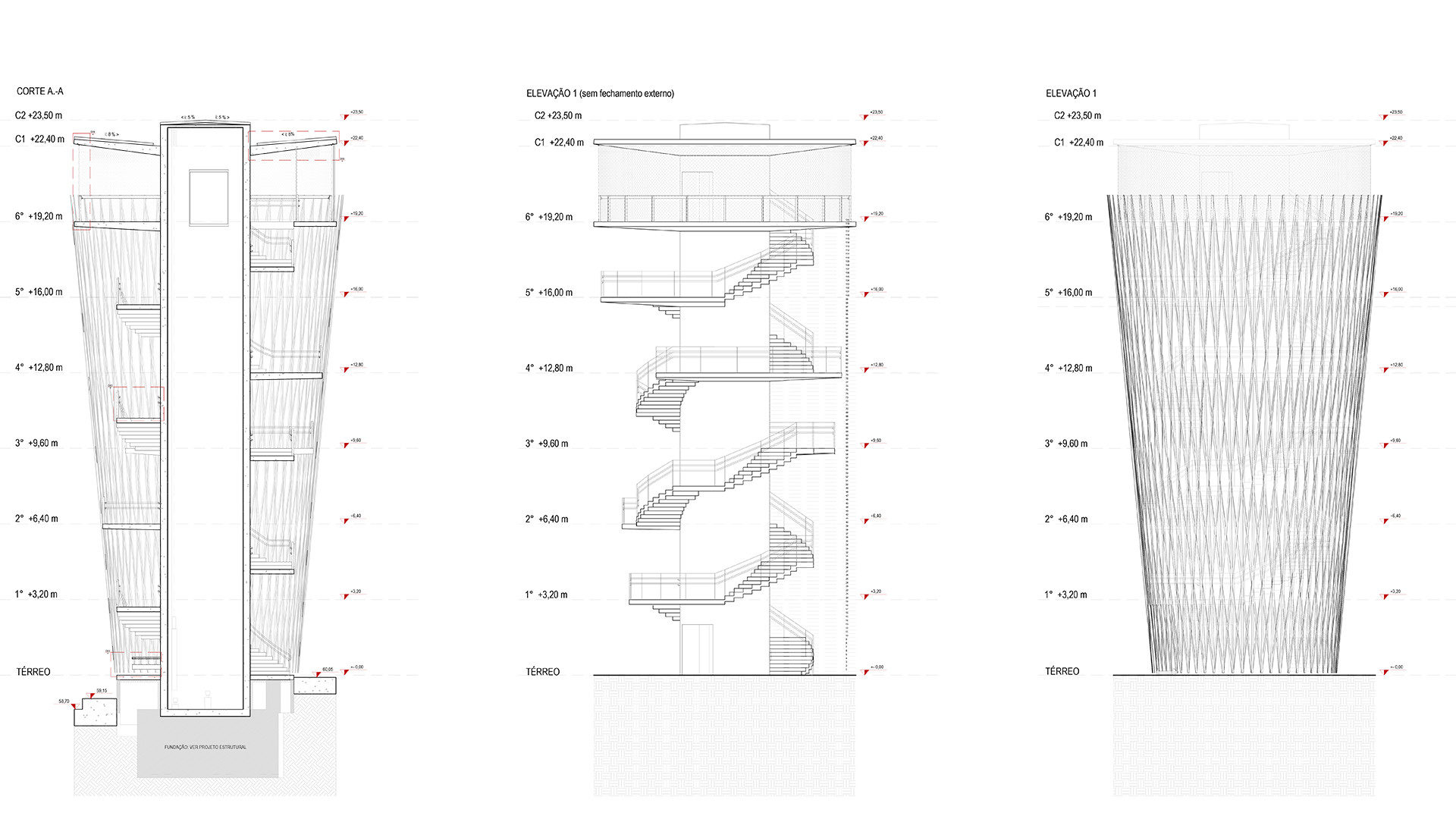 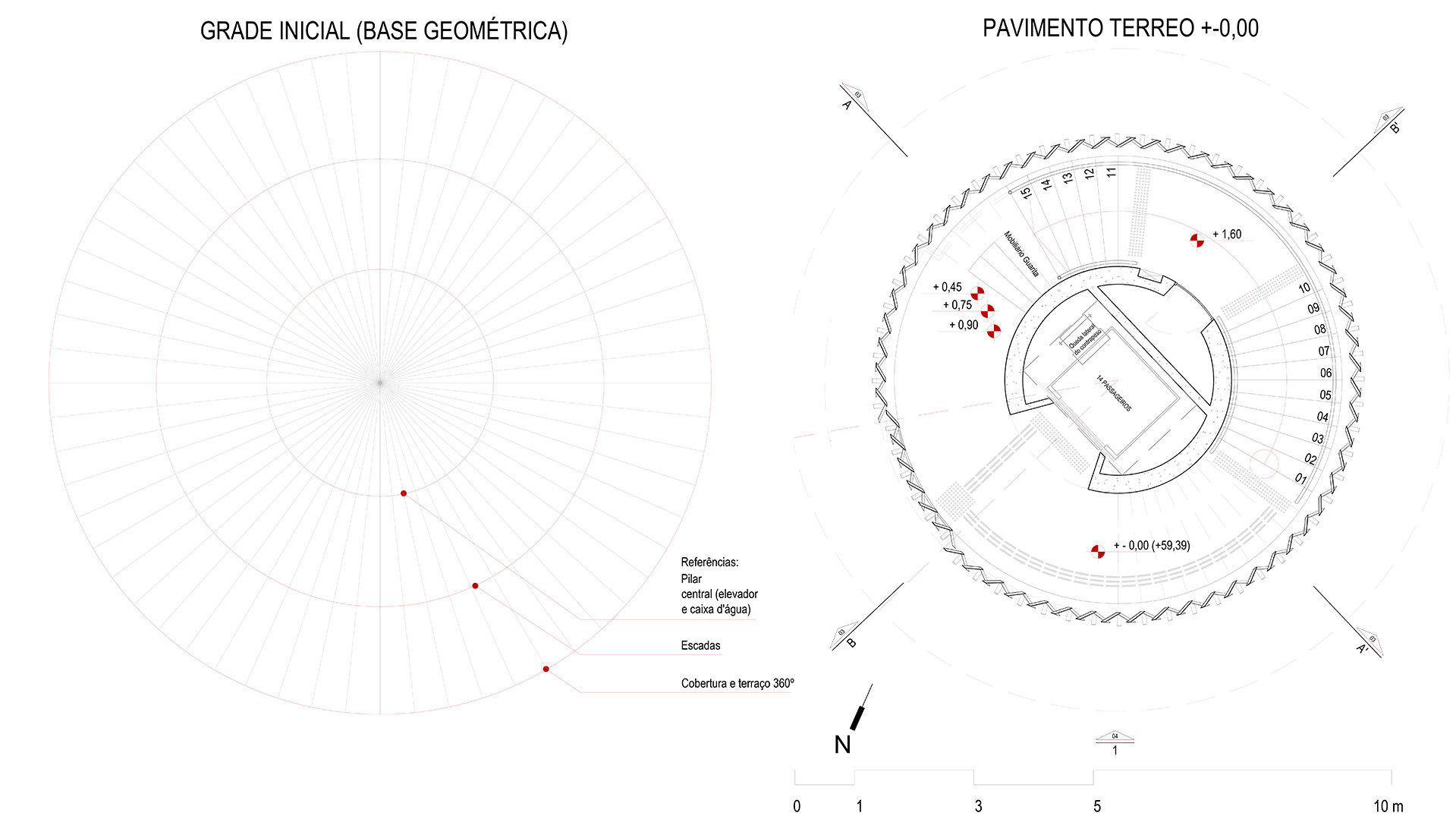 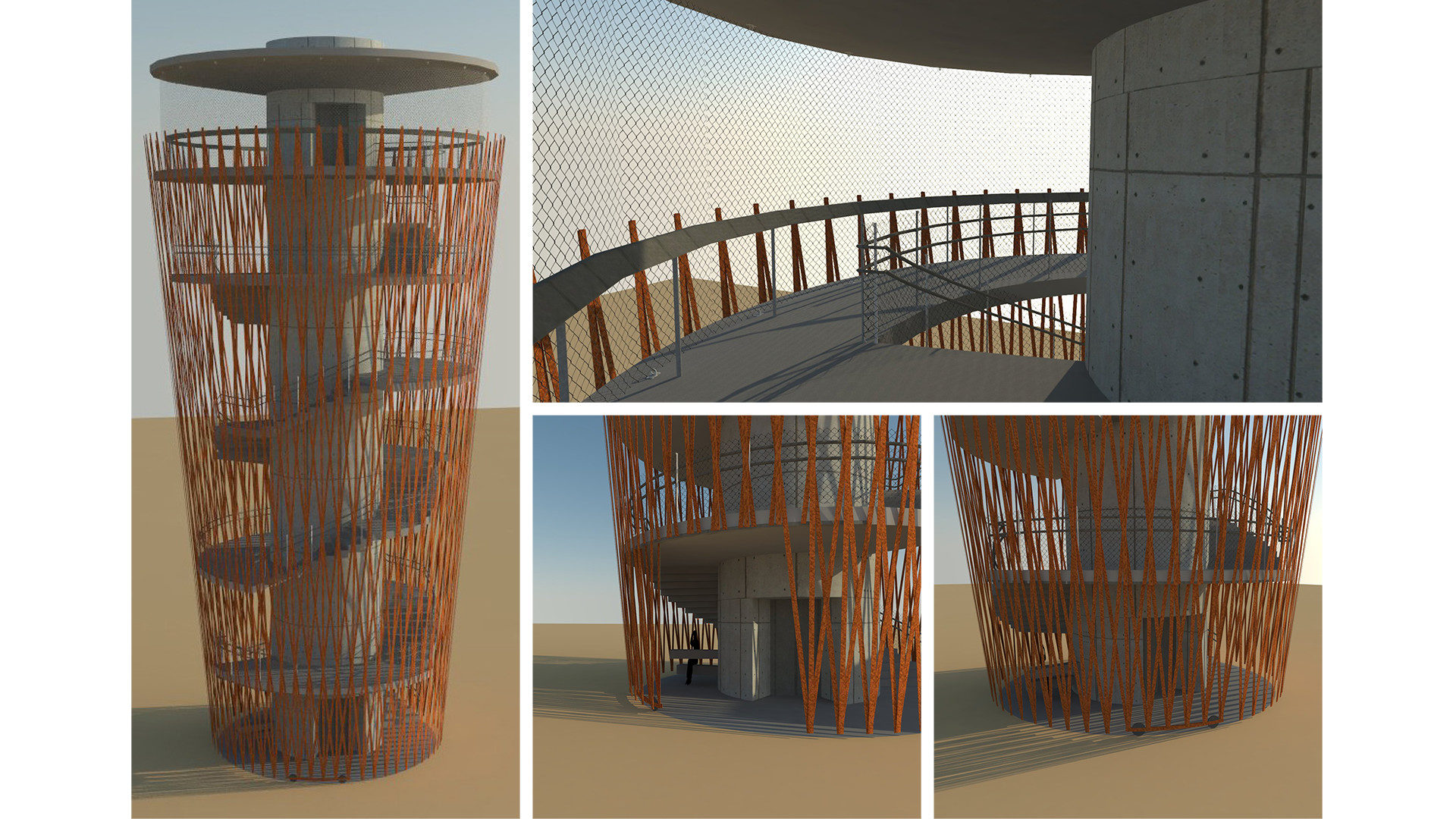 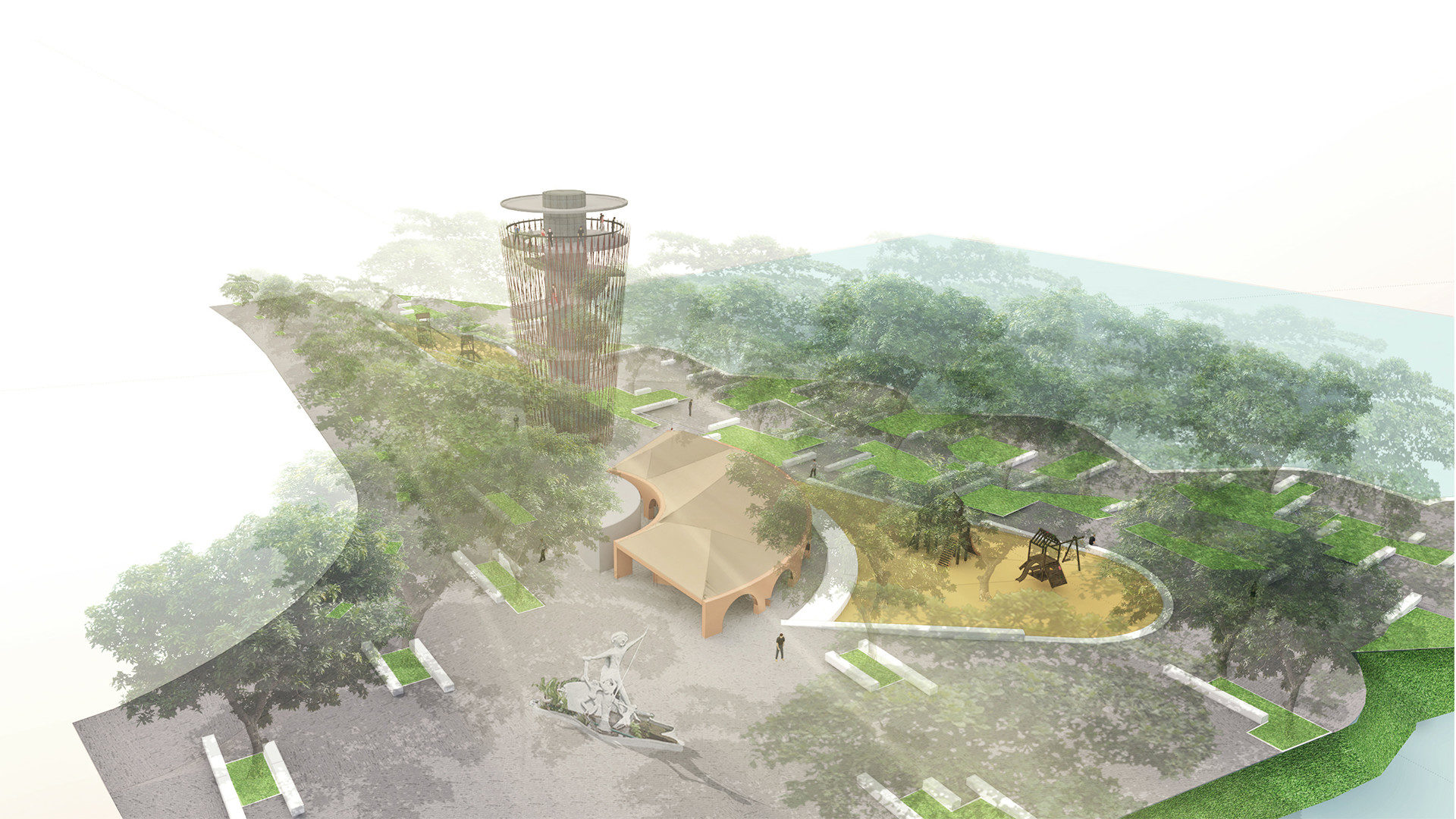 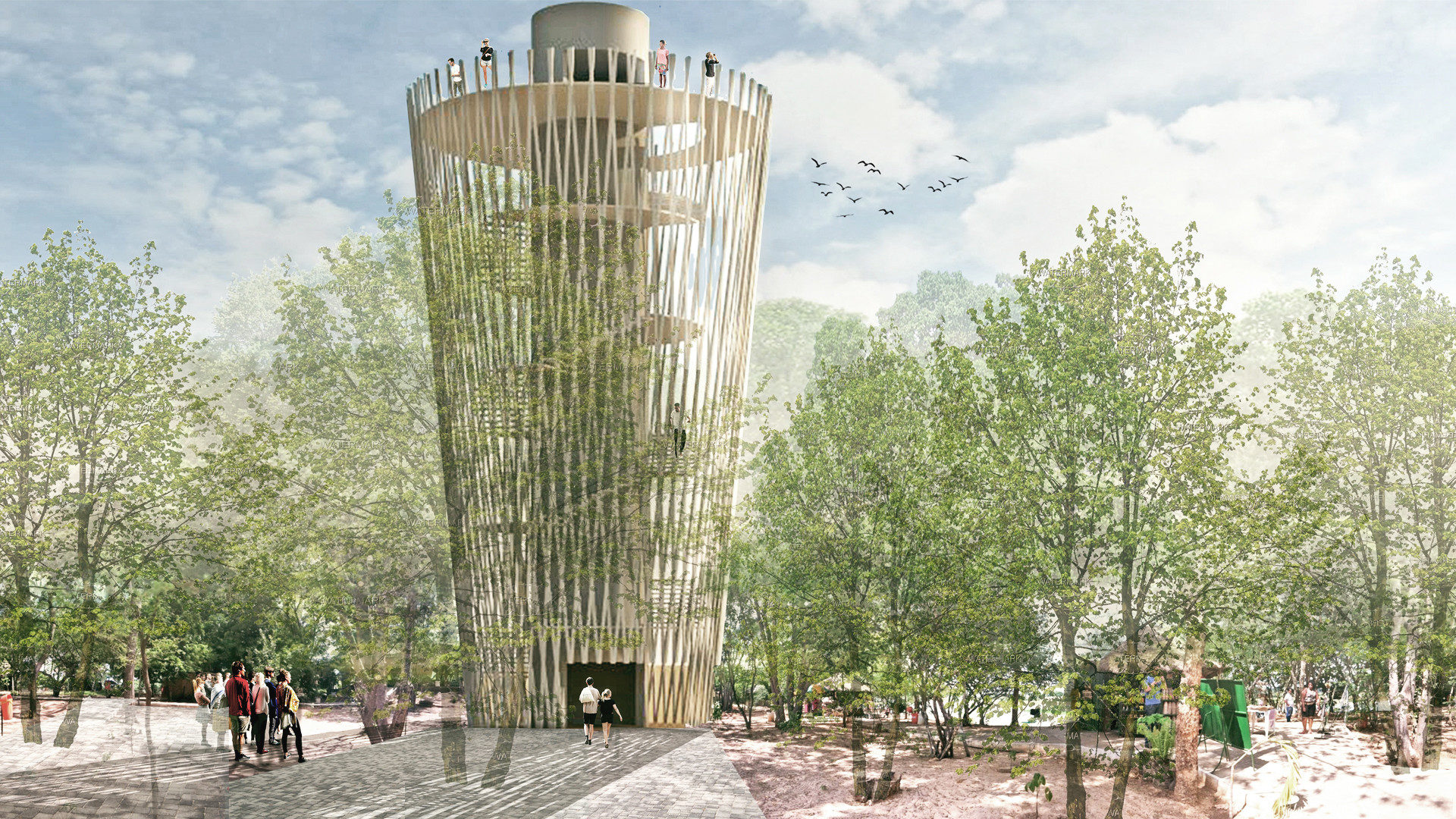