Urban and Landscape Design of “Lagoas Do Norte”Next 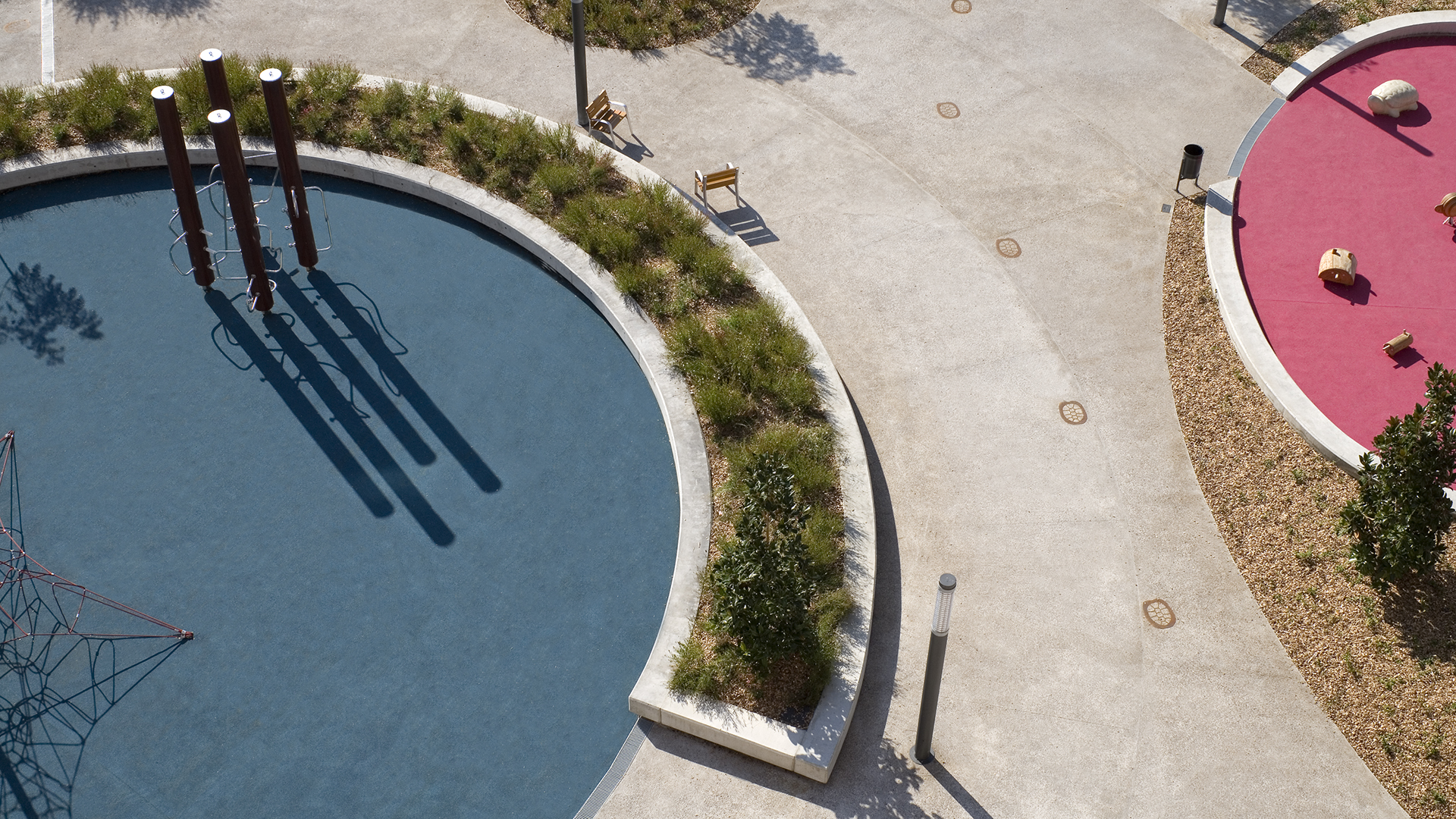 Pompeu Fabra square, popularly known as the Turtles square, is located on the east side of Igualada, in the neighborhood of Montserrat. It is located between Florenci Valls i Ailet str., Sant Vicenç str. and Vilanova i la Geltrú str. The place is limited by one block of houses with two buildings with an elevation difference of of 1,00 m. which must necessarily deal with stairs as there are some commercial entries that are irremovable. The scope of the intervention includes the original perimetral sidewalks that are adopted in the area. At San Vicente street there is a secondary school and kids uses the square as their playground. The original activities on the square that should be kept on the refurbishing were the playground for children areas and places for stay. The place is called “Turtles square” since the 60’s when it was built due to a few playground concrete figures that represented some turtles. Ever since the project was thought to get a reference to this “historical symbol” for so many children, the turtle shape has been adopted from three points of view and three different functions: from a general point of view, the square has a turtle shell shape, furthermore, the pedestrian itineraries are accompanied by a casting turtles landmarks embedded in the ground track mode and finally, on the playgrounds some turtle toys were chosen, one white and one black. With the design of the square wanted to preserve the public space very vegetated. Today the square has a significant amount of trees, so we worked considering the possibility of keeping individuals interesting for various reasons were later dismissed. We propose a place that is very integrated into neighborhood’s life, therefore favors the routes to cross it, but it also contains spaces for playgrounds and places of stay. Those itineraries are accompanied with the vegetated areas. The project starts working with circles and ellipses that define the interior spaces for children, exterior spaces and itineraries are open. There is a main circle, on the playgrounds for aged children, from which all the pavement of the square-shaped cluster of circles around that epicenter is drawn. 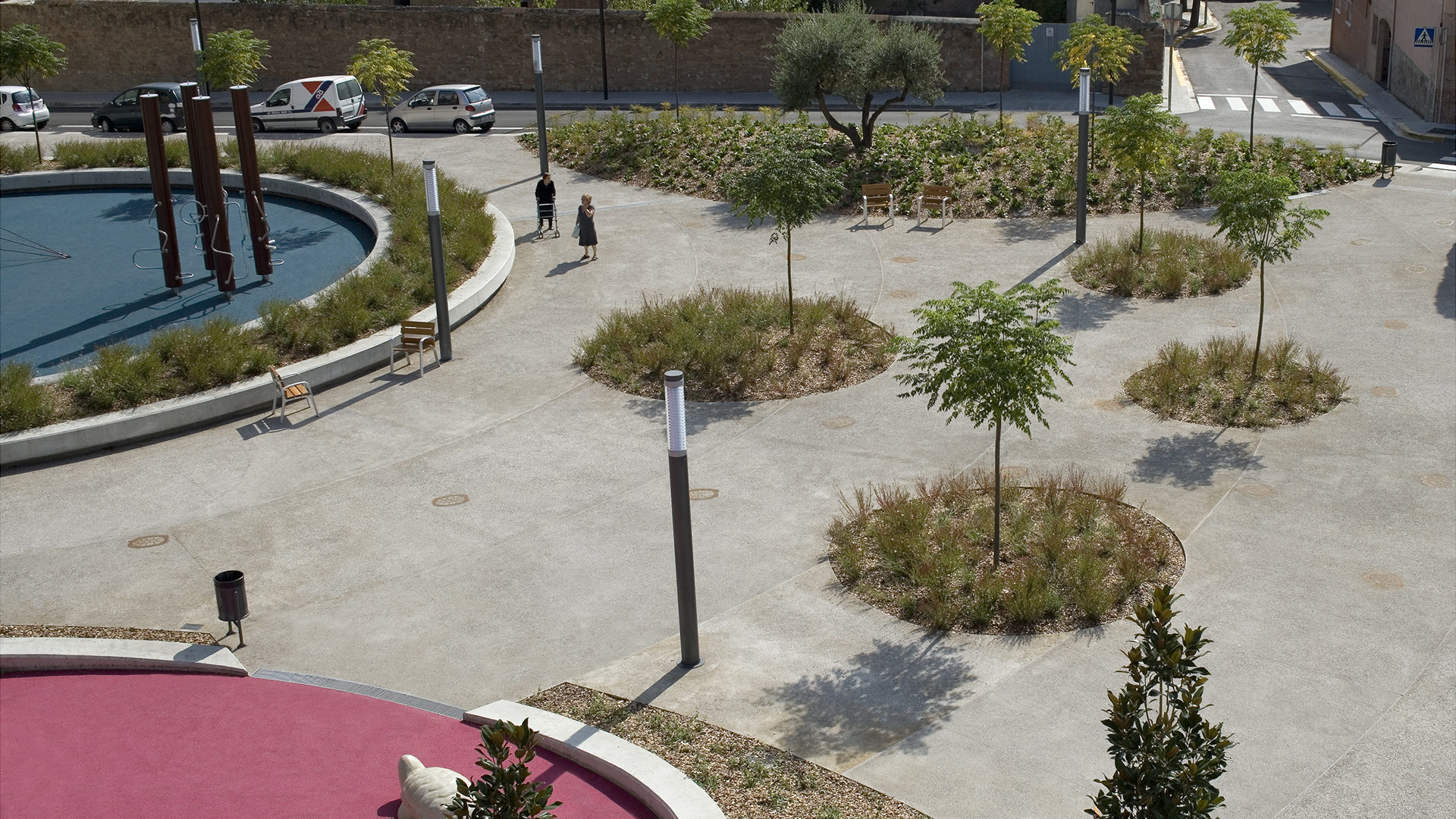 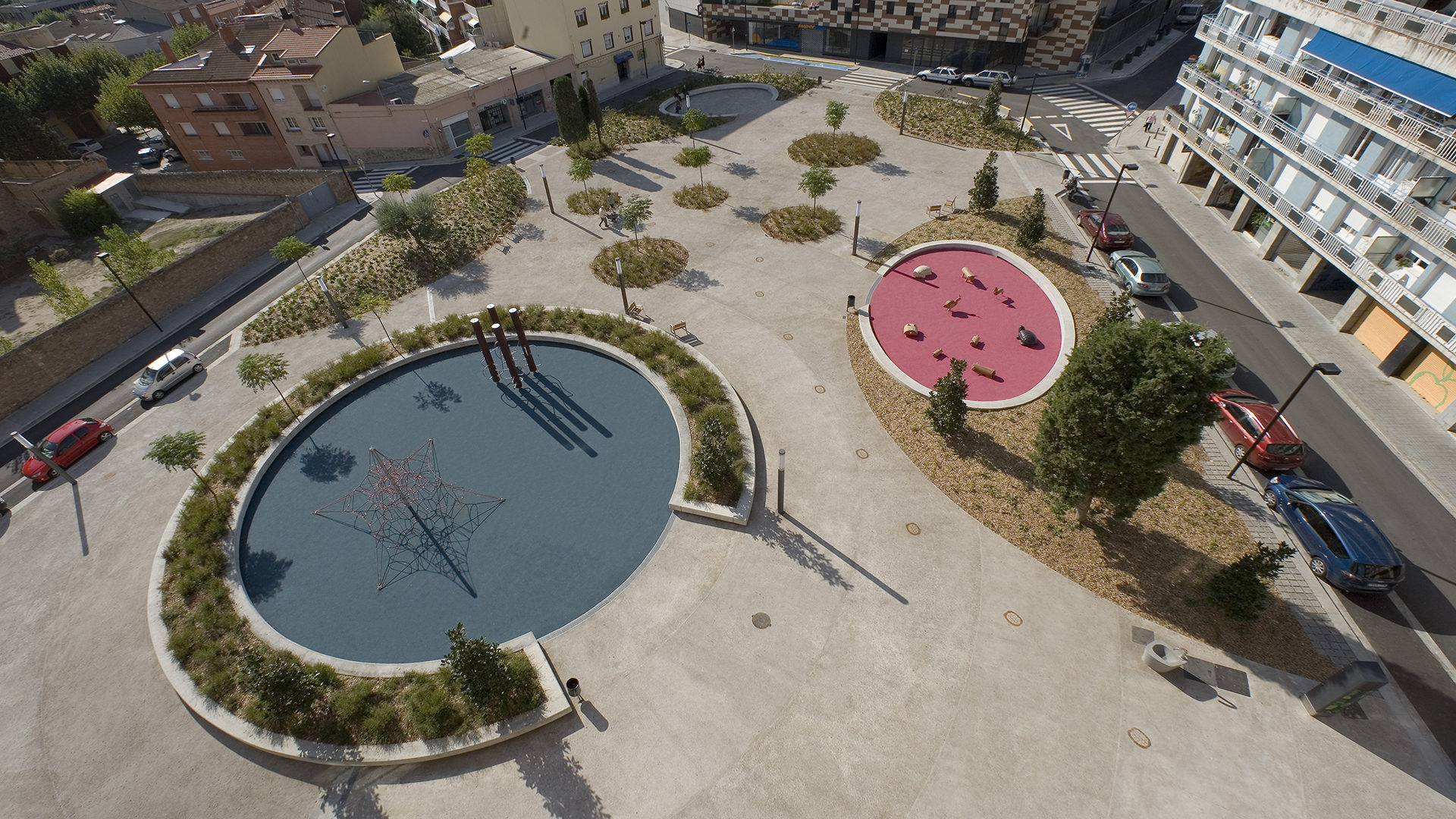 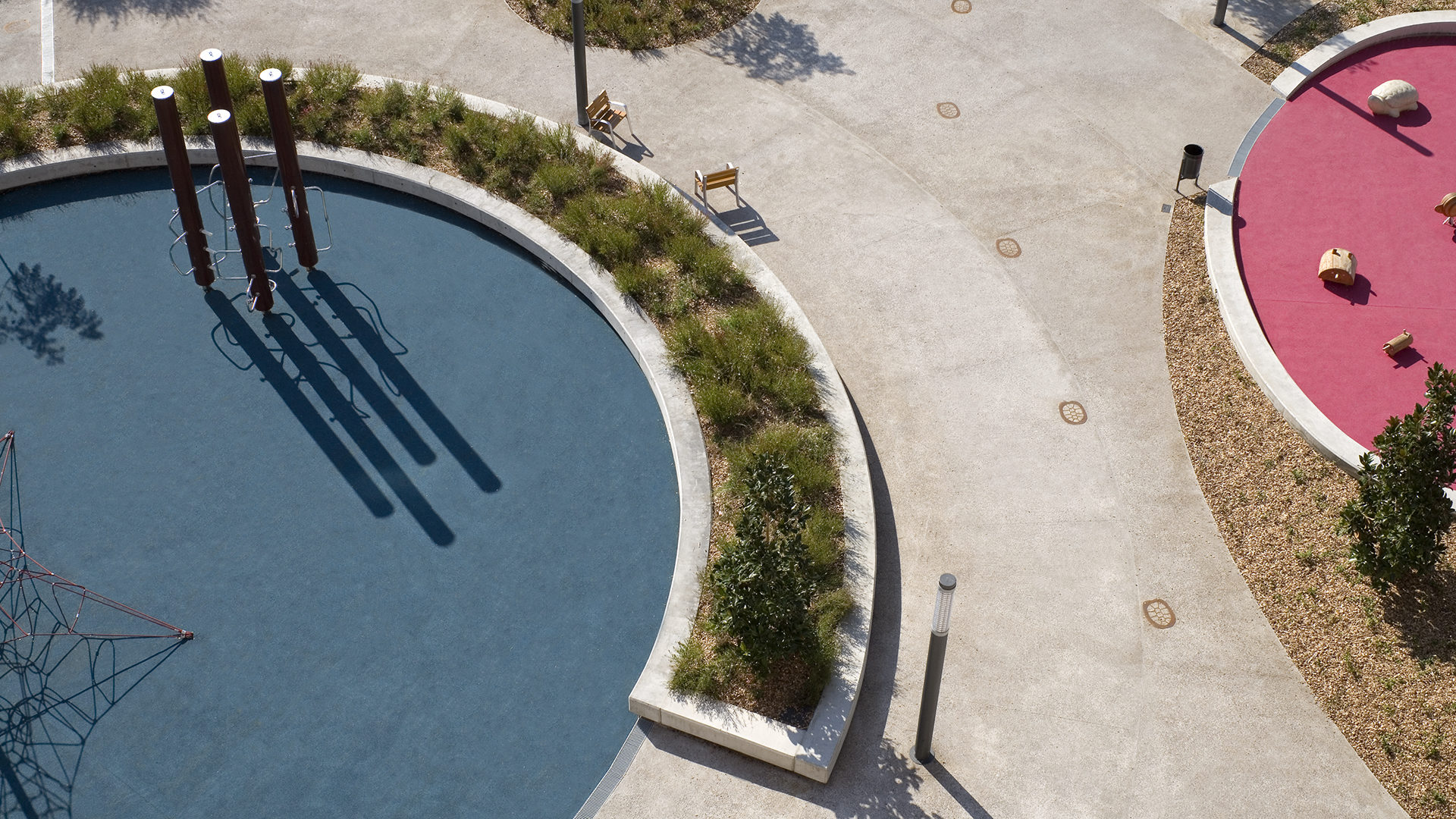 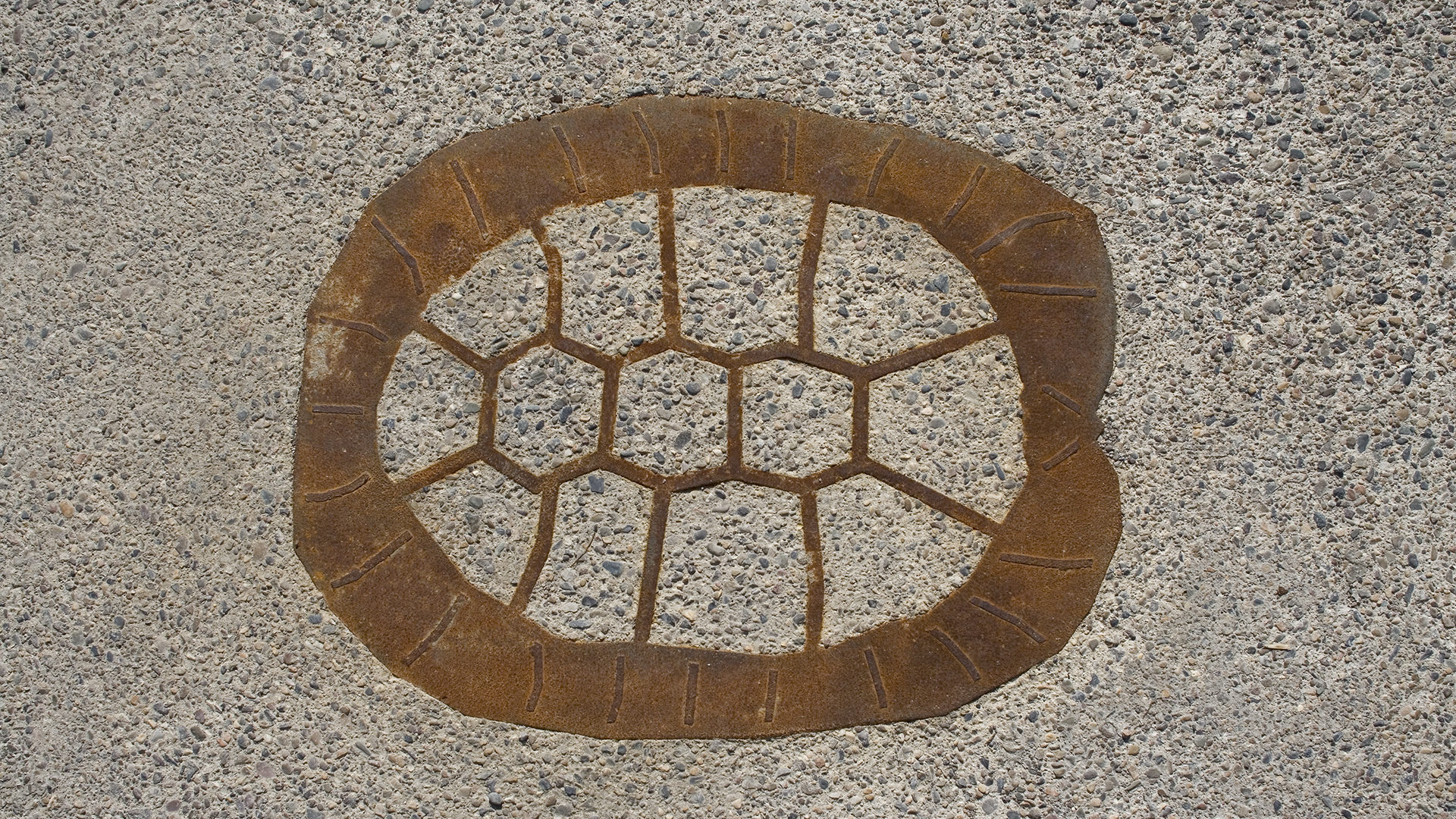 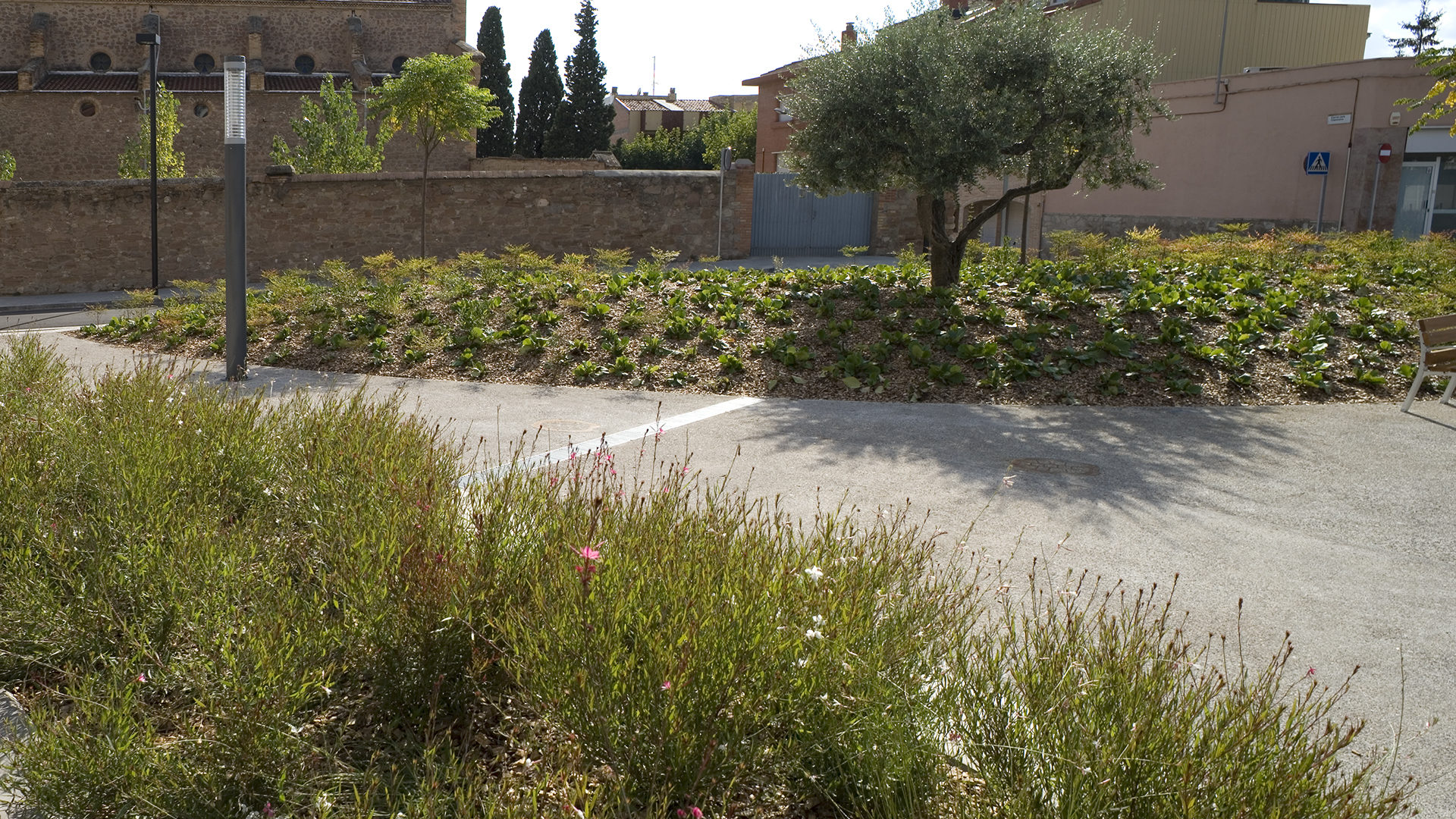