The project is located in the 17th arrondissement in Paris and consists of a study carried out for the Reinventer Paris International Competition, of the Paris City Hall in 2015. The contest called on architects from around the world to come up with innovative ideas for specific lots in the city.
We did the landscaping project, together with an interdisciplinary team divided between São Paulo and Paris, in a mixed-use building, whose main target audience was the users of the future Court of Great Instance (TGI) of Paris, located in front of the contest area, and which was under construction at the time.
The concept of the landscape project was to work the ground floor and the terrace, which are connected through the architecture of the building by a sculptural staircase, as spaces where the vegetation creates different dynamics and perceptions through its fluidity between the built space and the void; integrating the permeable area (green zones) and the impermeable area (single hard floor) in a open angles and inviting to be traversed geometry. 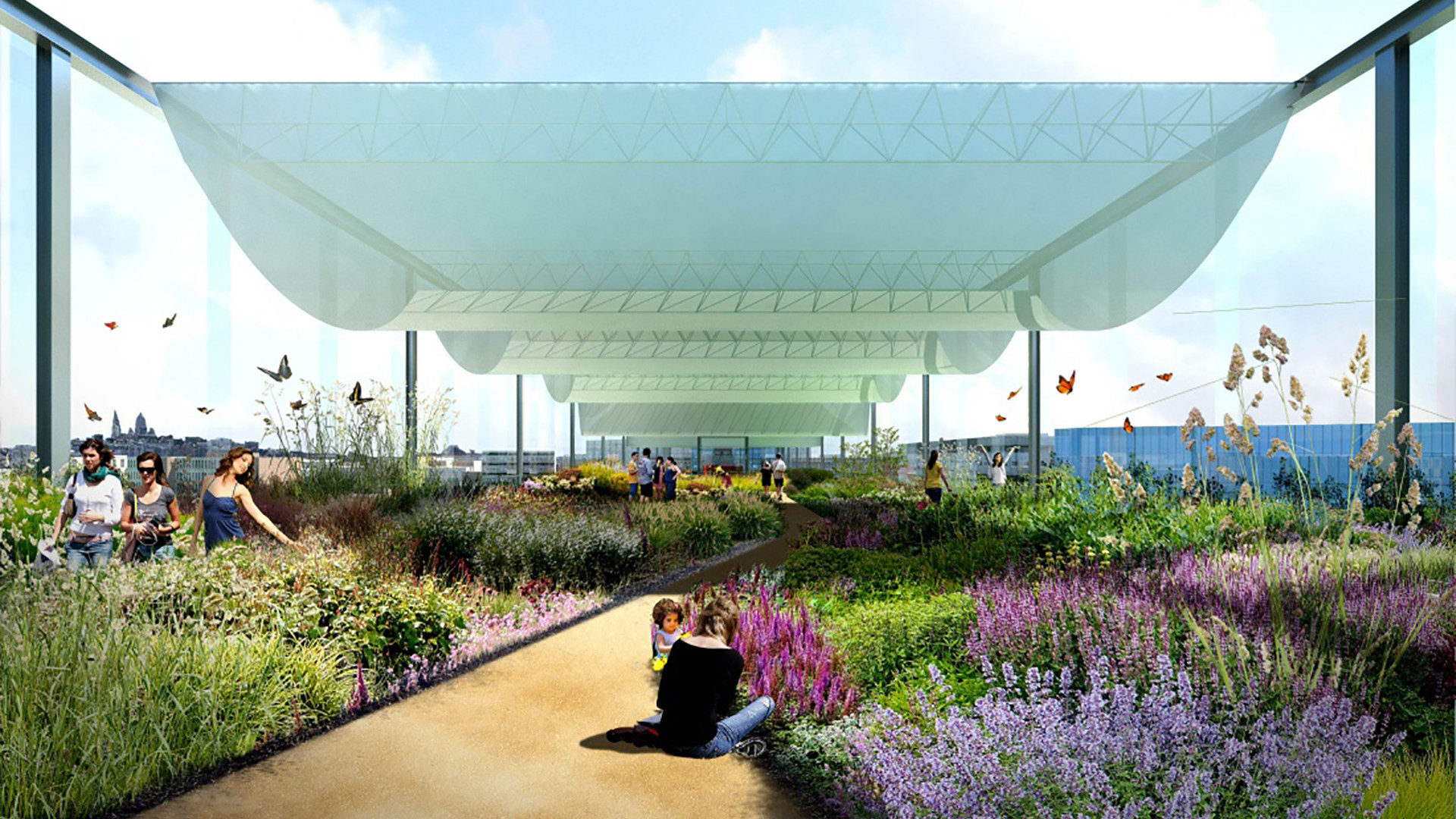 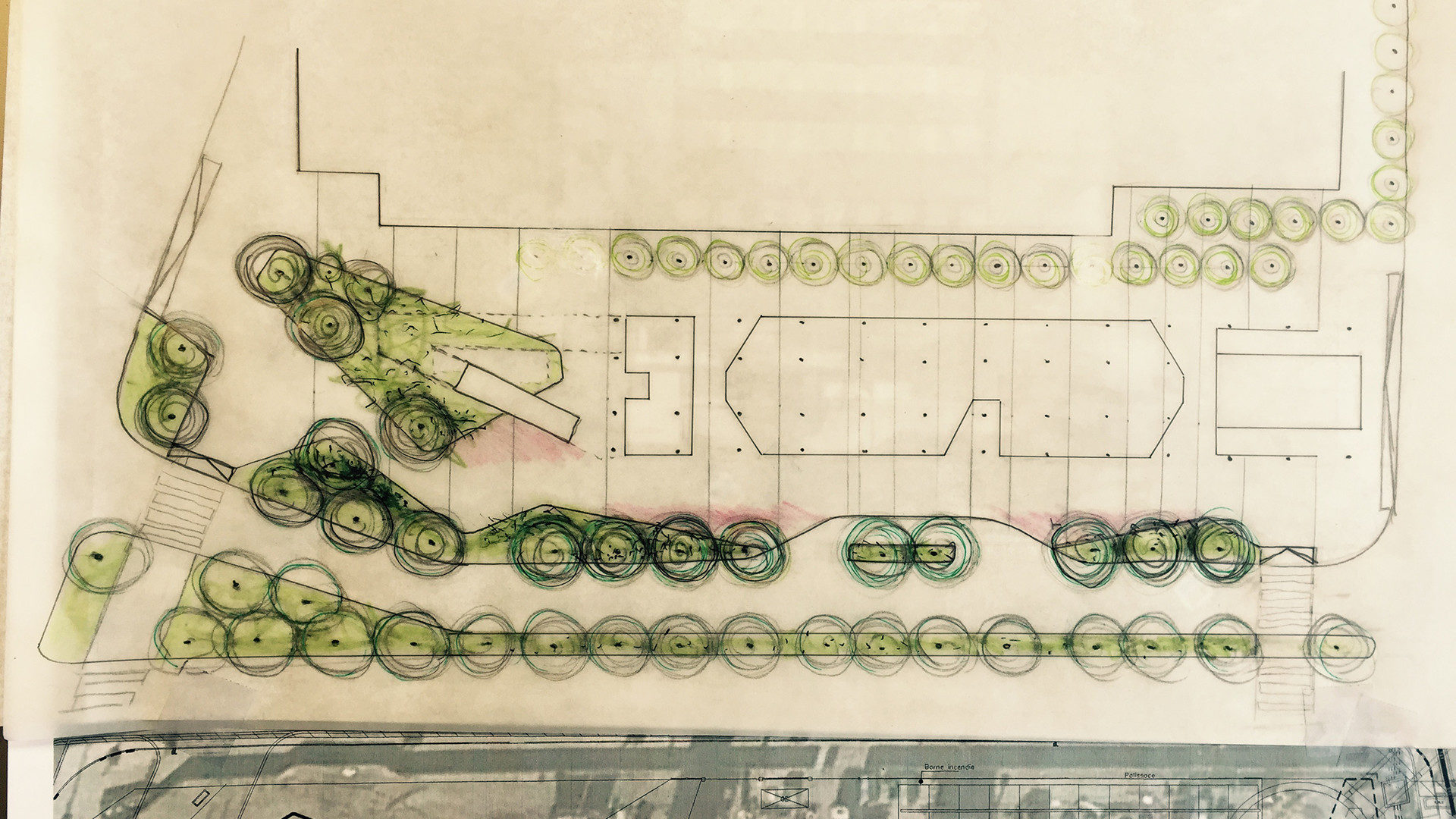 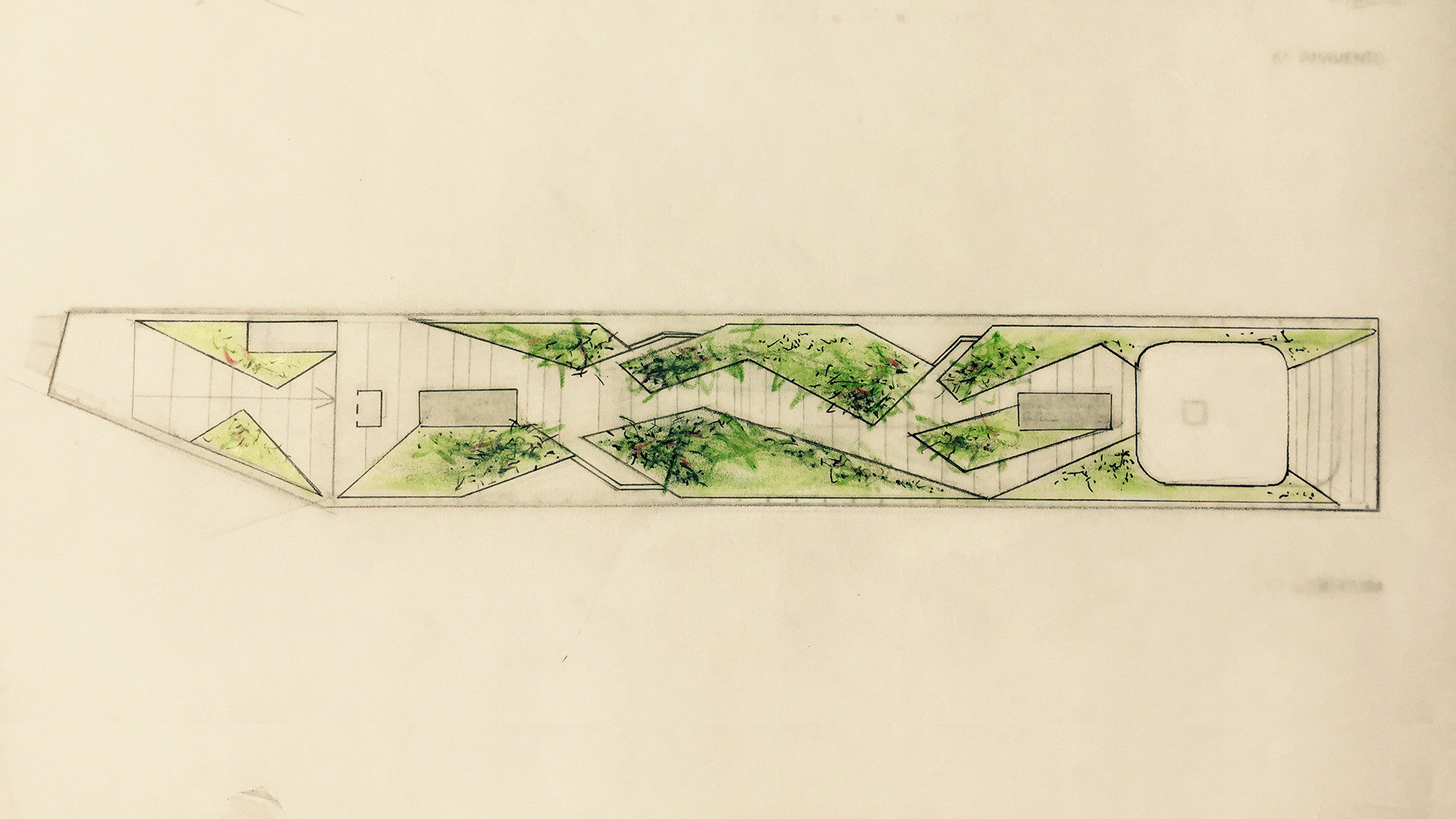